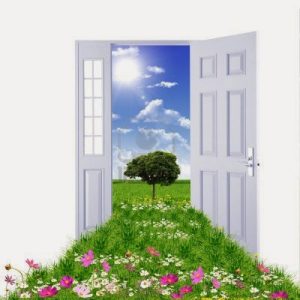 It was a windy day. I was walking down the alley to enter a building. The Door swung open, I walked right in. The Door closed. No – it wasn’t an automatic door – the wind blew it open.

I attended a fund raising seminar given by Rabbi and Executive Director of Aish HaTorah, New York – Rabbi Yitzi Greenman. Once he was in the office of a wealthy individual. The man said to him – “Okay Rabbi what do you want? How much Ten-Thousand? a Hundred Thousand?” The rabbi responded – “I don’t want your money.” The rich man was surprised. “You came here to raise money. So what do you really want?” The rabbi responded “I want you. If I have you, you will give me the money that I need for my organization.”

Many people in the world have problems. Others seem to be blessed by God. Even though they do not have a large combined salary – make ends meet. Their children are successful and respectful. Their prayers are answered. They lead a happy life.

What’s the difference between these types of people?

The simple answer is found in parasha / Torah Reading of Teruma. It says there (Shemot / Exodus 25:2) – “And you shall take for Me a portion…” God tells Moses to ask the Jewish people who give a donation for the Tabernacle – where the Divine Presence rested. Instead of saying “Give Me a portion” it Says “Take for Me.” In the Hebrew it can be read as “Take Me.” And end of the verse it states “Take My Portion.” Apparently one who “acquires” Hash-m / G-d, G-d Will do the bidding of that person.

It says in Ethics of the Fathers / Pirkei Avot chapter 2:4 regarding – Doing the Will of Hash·m:

How does one “acquire” Hash-m / G-d? It states the answer further on in the parasha – “You shall make Me a sanctuary and I will dwell among you.” (Shemot / Exodus 25:8) If one makes his house or himself into a “sanctuary” – a place of purity, a place where Torah is the foundation, a place where the family observes Shabbat together – one will be able to “acquire” G-d. If one acquires G-d, G-d opens up his unlimited bank account of blessing to that person.

It is also acquired by following Daat Torah / Torah philosophy. One has an important question, one asks the opinion a great Torah sage. Doing so he or she attaches him or her self to the Torah and thus to God.

If one has a question of which school should one place their children – a Public School or a Torah Day School; whether a potential mate would make a good marriage partner; which community is good for a Jewish family to live – consulting a great Torah scholar is in Order. They will lead you to the right direction – and to ultimately a happy life.

Pray for truth
Once an African American Lady had an appointment with my friend – an Optometrist. She exclaimed happily that she was following the Seven Noahide laws from the Torah. He asked her what made her take that decision? She replied – her former “god” did not answer her prayers. When she prayed to Hash-m / G-d of the Jewish People, He would answer. That’s when she decided to follow the Seven Noahide laws from the Torah.

Wisdom of a Torah Sage – The Key to a Happy Marriage
Once a couple came to Rabbi Aryeh Levine – The Tzadik of Jerusalem. They explained they were having difficulties in their marriage and they wanted to divorce according to Jewish law. He told them to come back in three months and then he would be able to issue a Get / Jewish Divorce Document. Before they left, he asked them their names. The husband responded – his name is Avraham and her name, Hanna. Rabbi Levine said to the husband – do Me a favor – for the next three months instead of a calling your wife Hanna, call her “Hanna’le” (An endearing term – equivalent to Hanna, my Dear.) Three months passed and the couple never came back.

Apparently – the wife received the appreciation she sought and the man – could not get angry if he had to call his wife Hanna’le (Hanna, my dear).

The wisdom of a Torah sage – saved a marriage with one small piece of advice.

I asked a man for the time. He told me.

Ready to walk away, I thought he looked interesting. I asked him if he wanted to learn about the 7 Noahide Laws for all Humanity.

He declined. He exclaimed he was an atheist.

I asked him [if you believe so] ‘Where does the world come from? Does it make sense to you that the world was created by randomness?’ He grumbled something, but nothing to defer the claim of irrationality in atheistic belief.

You have two types of people or attitudes.

One person is willing to go all out for truth. Even if it means changing their lifestyle or disregarding their beliefs or belief system.

The more common attitude – I hold of a certain position based upon my lifestyle or upbringing – and keep it as long as it can suit me. I don’t question it. I don’t want to change.

The first is the attitude G-d wants us to take. For he knows if one follows truth he will come to find what G-d really wants from us. He gave Torah to enable us to reach that state of freedom.

The media and the marketers prefer the second attitude to keep you glued to big brother – whatever your big brother may be.

G-d knows what’s right and wrong. Do we? 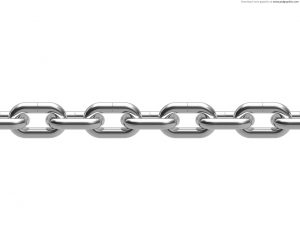 The Jews received the The Torah at Sinai.

A Jewish person who observes the Torah creates another link in that Chain to Sinai.

The Rambam – Maimonides – made a chain from Moses to himself. Others have expanded this chain to themselves in the present day. It is a further proof of the unchanged transmission of the Torah to the Jews till today. Torah Jews observe the Same laws as those Jews who received it thousands of years ago.

Here is the Chain

The Transmission of the Torah

Those who do observe Torah help assure the chain remains unbroken in the future generations – as seen here:

Will Your Grandchildren be Jewish?