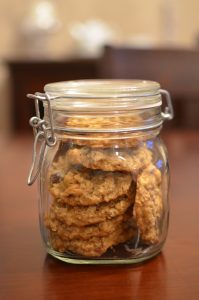 Got the warning too late?

You did the bad deed?

Is it really bad?

If you don’t know the answer to that question – ask a competent Orthodox Rabbi.

G-d told us what is good and bad in The Torah – the only divine law that was given by G-d before millions of witnesses.

A Jew learns what is right and wrong from the Shulchan Aruch  / the Set Table and 613 Commandments of the Torah (see Sefer Mitzvot Gedolot, Mitzvat Hinukh, Sefer HaMitzvot).

A gentile determines what is bad and good from the 7 Noahide commandments from the Torah / Sheva’ Mitzvot B’nai Noach.

The Torah Laws for Gentiles are 7. These 7 are major categories and have Mitzvot / commandments related to them. The accepted number of commandments that are “under” the category of 7 is 30. Dr. Aaron Lichtenstein in his book “The Laws of Noah” found sources for 66 commandments that non-Jews are to observe. (perhaps one day we will publish them)

Perhaps a non-Jew ate pork. For a gentile – this is not forbidden. No use for a gentile to feel guilty for something G-d does not consider bad. For a Jew it is forbidden. Why? That’s another story.

How Bad is it?

Stealing a nickel is not as bad as stealing a person’s life savings. OK one fell to temptation and took those new office supplies from work. (For your info these are the top stolen supplies : Post-It Notes, Paper Clips, Tape, Scissors, Toilet Paper, Copier Paper, USB Memory Sticks, Notepads, Pens, Pencils & Highlighters)

Yes it is bad that one did bad, but G-d doesn’t wants the person to be punished – He wants them to do teshuva and better their ways.

Because a person did bad in one area of life it does not mean that they are evil. They fell into the trap in one area of life. A person can be evil in one area of life but righteous in other areas. Because someone stole some paper clips it doesn’t make him into a high scale criminal. Even a person who does evil regularly – G-d does not want their death – he wants them to improve his or her ways. This is what we call teshuva. (Repentance). You can Start a New Page in Life. Repentance – according to the RAMBAM / Maimonides – is 4 different steps: 1. Regret the Misdeed, 2. Confession to Hash-m about it, 3. Stop Doing the Misdeed. 4. Commitment not to do the deed again.

Can You make amends?

Is it something repairable or replaceable? If you stole your friend’s cookie and ate it – buy him or her another one. Let them know and make amends – and make back your friends.

Be wise! Apologize. It’s Better than replaying the same guilt trip in your mind over and over.

Once a bag merchant cheated people by giving them less bags than said in the packaging. Instead of giving buyers 100 bags as said on the box – he would give 96. People wouldn’t pay attention. He felt badly for his misdeed and decided to start anew. He decided to make up for cheating people he would pack more than 100 bags in each box. After his Teshuva – A big company was looking for a bag distributor. They decided to check the number of bags packed by various bag manufacturers. They counted the bags he provided and he got the contract.

If you feel badly for what you did that is already a good sign – it shows that you are cognizant of good and bad. You already did one of the first steps of Teshuva – regret (see above).

Don’t Do Something Worse than what you did!

Unfortunately we hear in the news people who kill themselves because of their doing a misdeed or even being accused of a misdeed. The suicide is worse than the misdeed itself. One who did something bad should go see an orthodox rabbi and talk to him about how to go about Teshuva process.

So don’t do a deed that is worse than what you already did. Improve yourself. Commit not to do it again. Say sorry to the people you hurt. Make amends and say sorry to Hash-m and continue your life as a penitent person.

If a person does Teshuva from fear of punishment – G-d forgives their sins. A person who does teshuva because he or she loves Hash-m / G-d and is upset that they went against Him – their sins become mitzvot (merits).

Three People are Forgiven All of Their Sins

Aside from people who sincerely repent – three others receive forgiveness – one who reaches a new position of greatness (ie, they become a ruler), a person who gets married and a person who converts to Judaism. These three people take upon themselves new responsibilities in the world and G-d gives them a clean slate to start with.

Both Jew and Gentile receive a portion in Olam HaBa / The World to Come / or Heaven based upon their deeds in this world. This place is determined based upon their observance of their particular commandments as mentioned above and the good deeds they did in their lifetime. (See sources here.) Their place in the next world (ie, basement or top floor) will depend upon  their observance of these laws.

Every person who did transgress – Jew or Gentile – can Do Teshuva / Repent.

The challenges of life are to help a person to become better. Failed – by doing a misdeed? Do Teshuva. Improve and Try again. You’ll become person in the end.