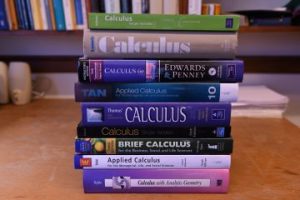 In Math class the top student was always first to answer the teacher’s math problems. No one could come close to his quickness in answering the questions. One friend asked him – “How did you become so smart – that you know the answers so quickly?” He replied “Simple – every day I come early to Math Class. I know the teacher will ask questions from the Math Textbook. I look up the answers in our teacher’s Teacher’s edition textbook and I repeat them in class.”

How to win Debates

The Torah is Hash-m’s / G-d’s guidebook. Eventually by choosing Torah views – if you think them out enough you will find out that these are most proper long-term values.

Torah – the Source of Tolerance

The Torah is the source of Tolerance in the world. Recently in last week’s parasha / Torah reading we learn that an evil gentile prophet – Bilaam is hired by King Balak to curse [sonai] Israel. He rides on a donkey. The Donkey veers off the path, crushes his foot into a wall and then stops at a narrow passageway.

The ass said to Balaam, “Look, I am the ass that you have been riding all along until this day! Have I been in the habit of doing thus to you?” And he answered, “No.” [Bamidbar / Numbers 22:30]

After the conversation – where Bilaam couldn’t respond to his donkey – G-d sends an Angel to kill it. Why? So that people will not mock Bilaam saying “Look there is the donkey that Bilaam could not answer.” The obvious question is why? He was wicked – don’t we have the right to disrespect him?

The answer – no matter how wicked a person may be – we must act respectfully. That is called Tolerance.

This teaches regardless of how wicked a person is, we must act as we would respect another human being. In the end a person was created in the image of G-d. Pharaoh bathed in the blood of Jewish children, yet Moshe / Moses acted with the utmost respect towards him – as he would a normal king.

In the case of a thief caught steeling old ladies purses – we must act with respect towards the thief but nevertheless bring them to justice. To condone the act of thievery would be called decadence.

It is popular today to adopt the values of other people because you don’t want to be racist. But this is the exact definition of decadence.

The Difference between Tolerance and  Decadence

Decadence is moral or cultural decline as characterized by excessive indulgence in pleasure or luxury. (as defined by google). The key word is decline.

Tolerance is the ability or willingness to tolerate something, in particular the existence of opinions or behavior that one does not necessarily agree with.

What society describes as tolerance – for example, as in the case of same gender marriage – is actually decadence. The society passes off decadence as tolerance. It is doing a very good job because many people fall into the trap. Tolerance is not decadence and vice versa.

What’s Wrong with Accepting the Lifestyle of Immorality

Thus one must choose their values wisely. One who raises children with Torah values – their children realize the importance to get married, raise a family, help society, live peacefully, do good to others, raise children and live a wholesome life. They pursue a life of positive relations with G-d, Family, Society, Friends and themselves.