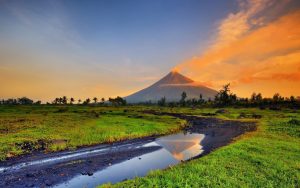 Man is called a Go-er / Mehalekh in Hebrew.

Apparently a person wants to achieve something in this world. He does not want to stay idle. A person works, plays sports, creates & learn.

This is the world for doing. In the next world it is a world to receive reward for our deeds we accomplished in this world.

Thus we seek. We seek perfection.

Rabbi Yigal Haimoff once explained the reason why seek perfection is that we were created by G-d. We now wish to emulate our creator.

Why Be a Winner?

It’s seen frequently in everyday life. We want to root for the winning team. We want to win – not lose. Why? We want that perfect product. We are upset when we get a small dent or scratch on our new car. Why? We recognize the value of perfection. We want to emulate the perfection of Hash-m.

I came up with five things people seek.

There could be other things.

Most people seek a combination of all. But each focuses more on one aspect than another.

Is there a path that will bring a person to all of these aspects of life? Like the Theory of Everything in Science.

I talk to gentiles / non-Jews sometimes. I teach them that there are seven commandments for all people in the world – The 7 Noahide commandments of the Torah given to Noah and Moses at Mount Sinai by G-d.

One typical response I get is “I Thought there are 10 commandments?”

They Say what are the commandments that are missing. So I explain A Gentile does not observe the Sabbath. and other differences.

At this point I must determine whether this person is genuinely interested in learning more, or if it is a curiosity question or if the question is to challenge me back to say  that their religion says otherwise and they actually observe the Sabbath.

If I feel that they are a person that follows religion because of religion I back off and say well read more about it and I tell them about them some websites that teach the Torah’s Noahide Laws. Why do I back off? Because some people have already made up their mind on their way of life. They will not change even if you show them the truth. These are people of religion that are not truth-seekers.

These people – with no intention to deride them – are similar to some people who were told that Mount Helens was about to erupt and that they had to evacuate their homes. They did not evacuate because they said “that is where they lived all there lives and they did not want to abandon their homes.” Many died because of this attitude.

There are other people that follow religion but also follow truth. If I prove to them that the truth is is that a non-Jew should follow the 7 commandments rather than the 10 – they give it a chance.

Why Gentiles Do Not Observe the Sabbath

What is the proof that only Jews follow the 10 commandments? Pretty Easy. If I say to a class – everyone wearing a blue shirt can go out to recess. If a person who is wearing a yellow shirt goes to recess – they will not be following my instructions.

In the 10 Commandments it says – “I am the G-d who took you out of Egypt…” Who did G-d take out of Egypt? The Jews. So the commandments apply to everyone who G-d took out of Egypt and not others.

So of utmost importance for any person is to follow truth. Truth will bring them to truth. Feelings will not bring them to truth. Some people say – I follow religion or any other path because it feels good. But that can be self-destructive – as we see alcoholics who follow a lifestyle of inebriation – which is not the path that G-d wants from us. So feeling cannot be the determinant of the truth of G-d or the True path of G-d.

To find the path of Truth, Goodness, Pleasure, Relationship or Spirituality.

Logically we can figure out that G-d wants all of the above for all people. How? G-d is one of the partners in Every human being.

There are 3 partners in every person on earth – the Father, the Mother and G-d. If parents want children to live a meaningful, purposeful, happy life thus G-d also wants his children to live such a life.

So now the question is how does G-d want us to find all of those aspects of life?

Apparently G-d is not going to give a person a gift of life without giving them the instruction booklet. You would not expect to a car or any other machinery or appliance you buy to not come with instruction or a users manual.

What is the User Manual of G-d

So one of the biggest questions that person must answer correctly in life is what is the Instruction Manual of G-d for humans?

If you answer correctly, you win the Jackpot. All the good aspects of life mentioned above follow. Sure one will still live challenges – but at least it will be challenges with a purpose – not challenges without purpose or challenges that distance a person from G-d.

Abraham – our Forefather followed the path of truth to establish a relationship with G-d. He traced a path for us. He showed us that accepting the status quo or following fads or societal norms will not necessarily bring you closer to Hash-m / G-d.

G-d is Good & wants you to emulate Him

We can see the tremendous kindness of G-d daily. He feeds the entire world. Not Just humans, but all the living creatures, plants andimals, insects, fish birds. That is a tremendous act of kindness. Most people in the world live a good life – a life to be thankful for. So we see that G-d is good and he wants us to act with Goodness -thus His Instruction Guide must teach us about kindness.

Relationships – the Kindness that one does is mainly through interaction and relationships with other human beings. Thus G-d’s instructions must also include how to have more positive relationships.

Determining the true guide of G-d is pretty easy. Only once in all man’s history did G-d appear to millions of people. This is when G-d appeared at Mount Sinai and Gave His Torah. Everyone heard G-d speaking. No other document or religion claims this national revelation. Some try to piggyback on the Torah and say yes G-d revealed Himself to the Jews but “changed his mind.”

Not really logical that G-d, who has knowledge of all – the most intelligent being in the world – the seer of past, present and future will give laws and then change His mind.

Thus only the Torah fits the bill.

Thus all the 5 aspects of life can be bettered through Torah observance. Ask your local Orthodox Rabbi.