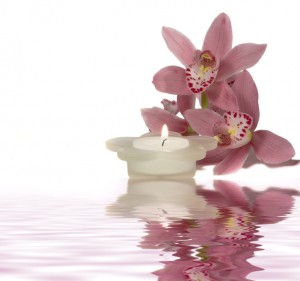 Many times in life we follow a path. As we become wiser or are taught by the lessons of life, we change the way we think in life and realize our successes and our mistakes.

Is there a way to make amends? Judaism says it is not only possible to make repair to our past misdeeds but even change the bad – into good – through a process called Teshuva.

If we do teshuva because of fear of G-d, our slate is wiped clean. If we do teshuva for the love of G-d, our transgressions become Mitzvot (merits). There are two sorts of commandments: Those between man and G-d, and those between man and man. If we hurt someone – even though we did teshuva for the transgression – we still must apologize and appease the one we hurt.

In Teshuva, three things we are to be concerned.

The question is – why do we need the third angel? Isn’t his Job the same as that of the first angel?

An analogy was given by Rabbi Avigdor Miller:

Delivering the Package
Once a person was hired to deliver a package to California. He was told: Be careful. Follow the road signs, don’t go to fast. Fill the truck with oil and the best gas. Check the tires. When the delivery man came back the man asked him – “how was the trip?” He responded: “I did just like you told me. I followed the road signs. I filled the truck with good gas and oil. I checked the Tires.” “Yes” the man said “But did you deliver the package?” The delivery man – very embarrassed – replied “Oh. I am sorry I forgot to deliver the package.”

Our main purpose in life is to achieve our purpose. Each one of us is unique and based upon our qualities and strengths – will our purpose be related.

Great people also sin
The Rambam says that Abraham made a great transgression when he hid his wife Sarah from the Egyptians – he should have had faith in Hash-m’s power to save them from any harm. The question is why is he saying this? One reason is to teach us that even though he sinned, he did achieve his purpose in life.

There were 4 people in the world that never sinned.

– Binyamin – The Son of Yaakov Avinu / Jacob our Forefather
– Amram – the Father of Moshe Rabbeinu / Moses our Teacher
– Yishai – The Father of King David,
– Calev – the son of David.

If you think of the people who had the most positive impact on the world – one might think of Adam, Noah, Abraham, Isaak, Jacob, Moses, King David. They are not part of those that never sinned. But are viewed as the greatest people of all time.

We are human
Those four never sinned – meaning that the rest of the entire world did. When G-d Created the world – He initially wanted to create it with a – the letter Aleph – which has the numerical equivalent of 1. There would only be one way of acting. But now we have freedom of choice. The strength of the evil inclination is greater than that of the righteous inclination.

Rectification of Transgression
We all make mistakes in life. The importance is to recognize our faults, regret them and correct them. If we make a mistake – G-d will forgive us if we do proper and sincere teshuva (repentance / returning to the path of the Torah). When we do return – G-d will erase our sins.

If we return to Torah out of the love we have for our creator – for all that he does for us – our sins will become merits.

Here are some articles on Teshuva:

The Teshuva process consists of:
– Regret
– Abandoning the Sin
– Doing Good in its place – as it says in the Torah “Remove Yourself from bad and Do good.” (It is understood each person should progress at their own steady pace.) (see Spirituality in Judaism)
– Determining and Finding one’s purpose – See Mesilat Yesharim – first chapter on how to determine one’s purpose. Your purpose will likely have to do with focusing on a particular Mitzvah in the Torah – like giving charity, helping others, teaching Torah, setting up Torah institutions, etc.

Sometimes a person feels so badly about their sins that they fall into depression. However, according to Torah Once a person decides to do or does sincere Teshuva – he or she is like a new person and should be happy. Our normal disposition should be one of happiness.
(We offer a card that mentions why you are special in any case here)

When one unloads the extra baggage – and starts doing good – one starts feeling better about themselves and becomes closer to their true selves.

Every day is a new day. Every day we can start over. We can wipe the slate clean and be deemed a new person with a bright future. We just have to take the first steps.

—
Sources:
Reaching potential in life is a topic well discussed in Judaism. I recently heard two audios on the Reaching Potential. Both had a similar message. One was by Rabbi Akiva Tatz and one was by Rabbi Shafier from the Shmuz
Rambam – Bereishit 12:10

5 thoughts on “Starting Over – Wiping the Slate Clean in Judaism”