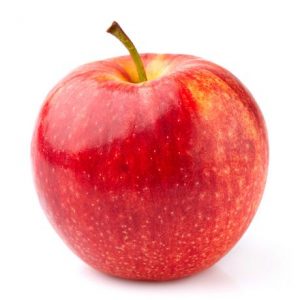 In the center of the Mizbeach / Altar in Mishkan / Tabernacle – after burning the offerings – the Cohanim would place the ashes in a pile. This was called the Tapuach – the apple – because it resembled half of an apple. There was a Mitzvah to remove ithe wastes before starting the new day’s offerings. This service was called the terumat hadeshen.

The Altar had several pyres of fire. The fire on the mizbeach represents a man’s soul. At times it is covered with ashes – which cause the fire of spirituality and desire for closeness with G-d to wane. Our Job is to remove these external impediments to help us develop a closer relationship with Hash-m / G-d.

The process of becoming closer to ourselves is twofold. One goal is to remove impediments. A second goal is to dig deeper into who we really are deep inside.

This process applies to discovering ourselves and to communicating with others.

Our communication with others is mostly superficial. “How are you?” Do we really care or are we making polite conversation. The problem is not strangers. The problem is our close relatives and friends. Do we prefer gathering around a screen munching snacks and fruits than getting to know our children?

Unfortunately the opportunity cost of TV and computer time is less profound relations with children, spouses, siblings and parents. But the point of this article is not to bash TV. It is to remind ourselves that our job in life is to develop deep and meaningful relations with others.

I saw a cute cartoon. A man was on his deathbed with his family surrounding him. His last words were “I wish I would have watched more TV.”

No one regrets TV. People do regret not having more deep family relations.

So we fall prey to the superficial. What the other was wearing. What was a great restaurant. Fine. Stay on that level – but lose out on meaning.

Rabbi Yose bar Yehuda, man of Kfar HaBavli, says: One who learns from young ones is compared to what? To one who eats unripe grapes and drinks wine from its press. And one who learns from elders is compared to what? To one who eats ripe grapes and drinks aged wine. Rebbi says: Do not look at the jug but rather at what is in it. For there are new jugs full of old, and old that do not have even new within them.

Rebbi reveals a secret about learning. “Do not look at the Jug or container – but rather at what is in it”. You can have a young Torah scholar – that has much to teach and an old man that has no Torah knowledge.

Rebbi’s statement also reveals to us the secret to communication, self-appreciation and meaningful living. Don’t look at superficial appearance – dig deeper and look inside.

Let’s apply his statement to each.

Want more successful communication? Don’t look at the only the words that come out of a person’s mouth or actions – try to understand their needs. There is a child that causes trouble – because they want attention. They do things because they want a reaction from you. They would rather a negative reaction than total ignoring from your part. If you were attuned to the child or spouse’s needs you would not be getting flustered by your relationship or conversations.

Write down on paper – what you think the other person’s needs are 1) In general 2) in particular.

It is simple for a child who is causing trouble. Their need in general is 1) Attention. Love. Appreciation. Their need at the moment is 2) Having fun with a parent.

Don’t Look at the container (the words) look at what is in it (the needs of the person).

Marshall Rosenberg was able to settle a 35 year old marital dispute within 20 minutes after each one recognized the other’s needs.

People Judge other’s and themselves harshly. They think they are bad. The fact that a person feels guilty for a thing they did bad – shows that they realize that they did bad and because they feel guilty – they are actually good. Bad people don’t feel remorse – they rationalize that the bad they did was good. Also one can always do teshuva / repent if they missed the mark.

At times a child or other does an act. They spill the ice cream on the floor. The child was trying to serve their younger sibling. You can either look at the negative – they spilled the ice cream or that they were trying to help their brother.

Don’t look at the container – look at what is in it – he tried to help. Praise him for that.

Praise yourself for your good aspects. The Torah wants you to be happy about yourself. The more positive you are – the more you can accomplish.

Abraham Herzberg wrote an article about motivation of employees in the Harvard Business Journal. He found that employees are satisfied by a job because of certain factors. But become dissatisfied because of the lacking of other factors.

When we look deeper in to ourselves, others and the purpose of life – we find a more beautiful world out there.