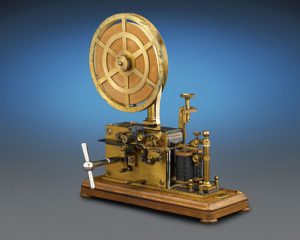 I heard this story from Rabbi Farhi of the Safra Synagogue in Manhattan.

A rabbi sounded the shofar / the rams horn for a group of people apparently for Rosh Hashana. Among them was a Sefardic Israeli man, muscular built, no yarmulke. He heard the sound and burst into tears.

The rabbi asked him why are you so emotional when you heard the Shofar?

The man told him that in the Israeli Army he was a Morse code specialist. After traveling the world – looking for meaning – he saw a help-wanted ad in the newspaper for a Morse Code specialist. He had to arrive for the interview process – between 10 am – 12 pm. He arrived at about 11:50. The waiting room was full of applicants. He sat listening to the background music. He got up and walked to the interview room. People yelled – hey, wait in line we were here before you. He burst into the room.

After some time the interviewer came out and said – “Thank you for all coming but we found our candidate for the position. You may all go home now.”

“What? All that waiting for nothing” they thought. “And the hutzpa of this guy to burst into the room before us.”

The man explained to the rabbi how he got the job. In the waiting room they played background music. The man realized that the beat to the song was a Morse code message. It said “Anyone who hears this enter into the interview room.” Thus he heard the message from the beat. There was a message behind the music.

The Message Behind the Music

“When I heard the Shofar the sound resonated in me. It was a message that penetrated my heart telling me to do Tehuva – it resonated deep into my soul – and I burst out crying.”

We hear Hash-m’s / G-d’s messages in the background daily – the observant listens and reacts. We see the beauty of the world, the beauty of our children, the blessings we have – does it resonate or do we ignore the message?

Once upon a Time two Jewish tailors were having a hard time making a living in their town. Their solution : to go from town to town searching for tailoring jobs. They were traveling for several years. They arrived at a town and saw the governor of the town was troubled. They asked what is bothering you. He replied – he needed to prepare clothing for royal family for the king’s banquet and he could not find qualified tailors.

“We could do the job!” they assured him. He tested them – finding that they were qualified. After about a year the king had his banquet and was very satisfied with the clothing. The king thanked the tailors and gave them a large sum of money. The queen whispered to the king – “should we tell them about the Jewish family is in prison because they did not pay their taxes?” The king mentioned it to them. They asked how much money do they owe. He said “300 Gold Rubles.”

One tailor said to the other – let’s do the mitzvah / commandment of redeeming captives. The other tailor replied “I have to bring money back to my family.” The tailor who suggested helping the family counted his money he earned and found he had just enough to redeem the family.

The family was so thankful. The praised him and blessed him.

The Rich gets Richer – the Poor Remains Poor

The tailors returned to their town. One with much money –  the other poor. The poor person came home and told his wife of the story. The man was forced to go from door to door to ask for money to support his family. The other tailor became wealthy.

Once a person wanted to give him a valuable coin. He asked him what will you give me in return? The poor man said I’ll give you a blessing. The man needed a blessing because he had an important meeting with wealthy people that evening for a business deal. That evening he noticed that the deal went unusually smoothly.

He thereafter – searched for this poor man before doing a business deal to receive a blessing.

The Power of Blessing

People found out his power of blessing. They started lining up to receive a blessing. The Baal Shem Tov – a great Rabbi – asked his students to ask the man to come to him to talk. At the meeting – he inquired what special deed he did that gave him this power of blessing. He said I don’t know. Finally the Baal Shem Tov told him – the fact that he redeemed the Jewish family – Hash-m gave him the power to bless others and have the prayers readily answered.

I heard this story from Moshe – with whom I learn Torah. He told me he heard it in French from Rabbi Avi Assouline.

We think that blessings are only those that give us material benefit – really there are many blessings for which we can be thankful – good health, children, healing, wisdom, the ability to give blessings, etc.

At times we receive blessings – but we take them for granted. Or someone does something good for us and thank the other profusely – but do not take into account that it was Hash-m who ordained that we should recieve the blessing. The person who helped us get a job or gave us that business deal – was an agent of Hash-m. So really we should first thank Hash-m then thank the person who was the agent.

Malki Tzedek / Shem made that mistake. We can learn from him to give the thanks in the proper order. First thank G-d – then thank the agent.

I think that thanking G-d is appropriate at a personal event – like a Brit / Bris / Circumcision, a Bar Mitzvah or a Wedding. I thought it might be proper for a person to take upon themselves a new mitzvah – as a thanks for G-d that he allowed us to have a new child, to marry off a child, etc. 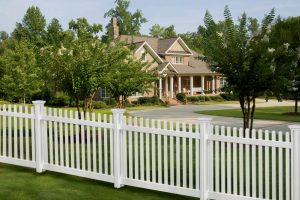 Every year our School has a Chinuch Melave Malka / A meal after Shabbat on Education. One year the theme was “Entering Your Child’s World.” The speakers spoke about caring about what kids care about, talking their language, doing what they like to do. The twofold advantage was 1) to have a better connection with one’s child. 2) To be able to establish a positive relation together – that they will be motivated to listen rather than nagged or threatened to listen to parents requests.

We as Torah Jews already have a boon on our side. We – that send our children to Torah schools – have a commandment from the Torah of Kivud Av VaEm – the Commandment of Honoring Parents – that the Kids learn to respect parents. Kids are motivated to listen – because doing so they do a Mitzvah / Commandment. Even then – it is sometimes a challenge to get kids to listen. But if we have a positive relation with kids – it makes things easier.

I overheard a part of a Shiur / lecture of Rabbi Fischel Schachter – a Rabbi that speaks to you. He says many stories from great Torah sages – that are great lessons for us all. 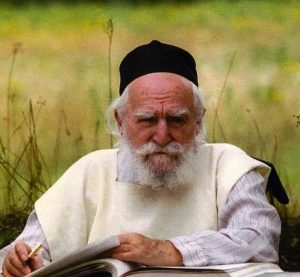 He mentioned a story about Rabbi Moshe Feinstein, Zt”l – a former Gadol HaDor – great rabbi of the generation. When some rabbis walk, their followers surround them hoping to get a Torah question answered, or to learn how to act from him, or to ask a question about Torah Hashkafa / outlook. Once Rabbi Moshe Feinstein was walking with his son Reuven. People were asking him questions. Reuven – as a kid – was touching the bars of a fence on the sidewalk. When they reached the end of the fence – Rabbi Moshe turned to his son and said “I think you missed one of the bars – let’s go back and touch it together.”

The great rabbis know how to enter into a child’s world.