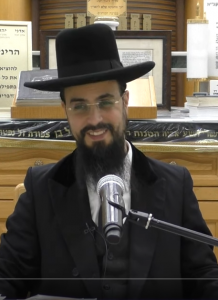 Everything is accounted for in life. What goes around comes around is a Jewish concept. It is called Midah Keneged Midah / measure for measure. You are kind – the kindness comes back.

There is reward and punishment. There is a second chance. G-d allows us to do teshuva (repent).

Yaakov erred in bowing to Esav. He bowed to Esav 7 times. His 4 wives followed his action and bowed to Esav. Each of the 11 sons of Yaakov also bowed. Yaakov caused 22 bowings to Esav. In the story of Purim Mordechai – refused to bow to Haman. He repaired the error he made. We read the word “BeOmram” as “KeOmram”. One is written with Bet. The other with a Kaf. The values of each are 2 and 20 respectively. Added together is 22.

It uses the word “VaYibez” when Esav denigrated the Birthright in Bereshit / Genesis.

It uses the word “VaYibez” when Haman denigrated that it would not be proper to destroy Mordechai – because it would look like a personal vendetta.