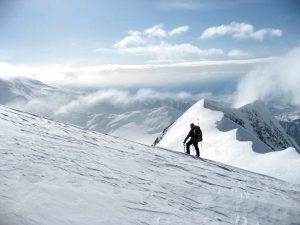 A good year to all!

This is the time that we wish others a Happy New Year. Rosh Hashana is the day that all people in the world are judged according to their deeds.

The Jewish Year Differs from other calendars in various aspects.

1. Our Year is based upon the Lunar & Solar Year.

2. The Months are calculated according to the Synodic Month – the time it takes for the Moon to circle the earth. Our Months are usually 29 – 30 days.

3. We add a month (Adar II) 7 times in 19 years to adjust for the discrepancy between the lunar & solar year.

4. Our Year starts in the Jewish Month of Tishrei. (Around September).

5. Our Year corresponds to the amount of years from the creation of the world.

The Past Year was a Challenging year to say the least.

For the land shall be forsaken of them, making up for its sabbath years by being desolate of them, while they atone for their iniquity; for the abundant reason that they rejected My rules and spurned My laws.

In Two Sefarim – One by the Chatam Sofer / Chasam Sofer (on the Parasha) and One by Rabbi Netanel son of Yeshaya (from Yemen in his sefer / book the Meor HaAfela) we learn that 5780 will be a difficult year.

“190 years ago, the Chatam Sofer said that 5780 would be an difficult year, and that 5781 would be a year when the poor man (the Jewish People) would be raised up from the garbage.” 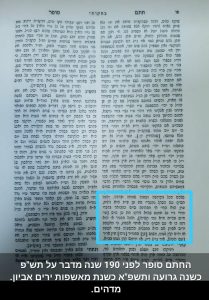 In a certain site it describes the situation thus:

“Rebbe Nachman says that when Moshiach comes there will be such a tumult in the world, that people are not going to know what’s happening. They’re going to lose themselves and be completely confused. Only those who are holding on to the tzaddik (Righteous Torah Sage) will know what’s happening. And in another place he says that only those who do regular hisbodedus (Self-introspection), personal prayer to Hashem, will be able to experience redemption as something good, everyone else will be confused.

THE LIGHT ITSELF WILL BE THE GREATEST DARKNESS AND SUFFERING FOR THOSE WHO AREN’T SEARCHING FOR LIGHT, THAT JUST WANT THE DARKNESS.”

The simple reason why we suffer is because G-d is our loving Father. He wants a person to have a relationship with Him. A relationship with Hash-m / G-d also happens to be the greatest pleasure one can have. Thus when suffering is sent from above it may be for one of more reason:

If a person’s suffering allowed him or her to awaken and become closer to Hash-m will eventually look back and be thankful for the difficulty.

So a simple way to avoid suffering is to take a proactive stance. Start learning Torah. (see links section) Start attending an Orthodox synagogue more often. Put children in a Torah school. Gentiles – learn about the 7 Noahide laws from the Torah.

Teshuva, Tzedaka and Tefillah can remove a bad judgement. Teshuva – is repentance. Tzedaka is giving Charity to Torah causes. Tefillah is prayer to Hash-m / G-d. Remember G-d / Hash-m is our Loving Father. Just like a father is merciful with their children – G-d is merciful with us when we communicate, repent and help our brothers and sisters. Do Teshuva because of awe or fear – one’s sins are erased. Do Teshuva because we realize the great kindness of Hash-m and we Love Him – our transgressions become Mitzvot (Merits).