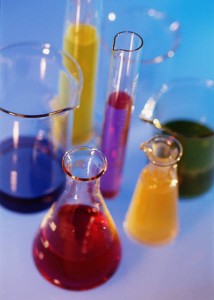 This means that it is not that first G-d created the world and then He said let us make laws. The Physical and Spiritual Laws were engraved into the Essence of the World.

Meaning: It is not that first G-d Created Parents and then He said we should respect them. First He said – it would be proper for their be a respect for two adults – (ie, the Laws of Respecting Parents) then he created Parents.

Infused in each one of us, therefore, is an innate knowledge of what is right and wrong.
Also, that since our souls are created using this plan, this is what will ultimately make us happy. (See the Gallup Poll Well-Being Survey – which interviewed over a million adults and found that Torah Observant Jews received the Highest Score in Happiness out of any other Group in America).

If this is so, it makes sense that the Torah knows exact facts of science.

Here are some examples:

The Length of a Synodic Month in the Talmud

Jewish months are calculated at 29.53059 days, following the cycle of the moon. This practice is based on the Talmud (Rosh Hashanah 25a), according to tradition dating back to Moses and codified by scientists such as Ptolemy.

Incredibly, it took the modern world many centuries to confirm this figure. Only after calculations using solar satellites, hairline telescopes, laser beams and super-computers, did NASA scientists determine that the length of the “synodic month,” i.e. the time between one new moon and the next, is 29.530588 days.

In the Talmud (Berachot ) it discusses How many Stars in the Universe:
Each of the Zodiac constellations has 30 armies. Each army has 30 legions. Each legion has 30 divisions. Each division has 30 cohorts. Each cohort has 30 camps, and each camp has 365,000 myriads of stars.

Scientists at NASA have come up with a similar number.

When in history did people discover the earth was a sphere?

Knowledge about all the Species of Fish in the world.
The Torah Says every Fish that has scales has fins – and are kosher. but every fish that has fins does not necessarily have scales. This was known over 3,300 years ago when the Torah was Given.