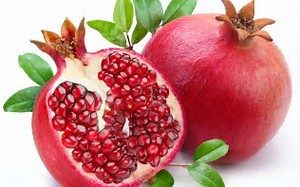 Connected to the One above.

I know it first hand. I meet Jews in the street with all the paraphernalia – nose rings, tattoos, leather jackets. They seem tough on the outside. Scratch a little below the surface accessories and you find a warm heart connected to Judaism.

The struggling Jewish comedians. The doctor who tells me she started saying blessings on food. The Palestinian college student with a Jewish mother. A vegetarian suffering from a tough divorce. And also that non-Jewish woman steeped in materialism, grappling with conversion to Judaism.

Each has one thing in common. They are connected.

Complete Torah Observance? Not there yet.

Connected – yes. Connected in their own way. Connected by coming to the synagogue. Trying to be good to others. By putting on that big white kippah when they enter the shul. The women that cover their hair with a scarf when they come to ask for a blessing from the big Rabbi.  The secular Jews who give donations to hospitals because of their concern for others.

The Torah confirms this saying that each Jew has a spark from the Divine that keeps the Jewish person connected to Hash-m – no matter how far they feel.

G-d loves these people. They try. They support Israel or don’t. They eat kosher or kosher style – because they think it’s really Kosher. They don’t know the extent of how much G-d loves them. But those little actions mean much. I heard even that G-d loves you – a person who follows or tries earnestly to follow His laws – more than any person can love you in the world. Even one’s parents. I believe it.

Even the people who get on the defensive when they see you wearing a black kippah. And take out their frustrations out on you. I know one reason why they get defensive – because deep down they also want to be connected as much as you to the Great Power above. Apparently they envy someone they feel has a greater connection.

I love them too.

Don’t want to be be Politically Correct

The Lost – finding the Right Path & Getting Connected

In a sense I feel for all people. I feel that many are lost – sincerely searching for a path that will bring them to Utopia on earth. I can’t say I found Utopia – because Utopia will never exist. The true Utopia is living a life in which any situation you encounter – stressful or not – you’ll be able to deal with it in the most positive way possible. That’s real Utopia. I  did find a real path that helps me to feel I am accomplishing purpose. Yes, I do stray and sway – unfortunately – but I try keep anchored to Torah.

the Path to Spirituality & Self- Fulfillment – Torah Commandments

They say that a Jew is full of Mitzvot / Commandments [they do] as a pomegranate. Why a pomegranate? We as Jews have 613 commandments. (a Gentile has 7 Major categories of commandments – the Noahide Laws – that come to 30 detailed commandments). A Pomegranate has 613 seeds in it. Each Jew is connected in doing a special Mitzvah. Some try to do all. Some pick and choose. The real idea behind a Mitzvah is becoming connected to G-d. True spirituality.

Many people search cults and exotic religions – trying to find spirituality and meaning. But I say – “What more do you want? – when G-d came down and told us – to over 3 million people who witnessed – that this – the Torah – is what He wants.”

This is the guide to become close to Him. Spirituality in my eyes is being close and connected to G-d. He already told us. So my job now to become connected is to try to do what I can to follow. Someone asked the Hazon Ish – a great Rabbi who lived in Benei Brak – what is the pathway to spirituality? He said follow Halacha / Jewish law.

I mentioned before that one’s real self is not the body. It is the soul. Please the soul and you will live a happier life. The problem why happiness is elusive is that – people pick and choose Mitzvot. “This is good enough for me.” “This mitzvah doesn’t fit my lifestyle.” So I will pick to follow my own made up religion – of what I think is good and what I think is wrong.

G-d really made it easy for us – He already told us what is right and wrong. That’s not our realm. Our realm is determining whether – the situation we encounter it is right to do A or B – based upon what Torah says. We can’t rewrite the Torah. No one can. Because I know my intelligence is nothing in comparison to G-d’s, I’ll relegate determining what is right and wrong to G-d. I’ll just decide if my intended reaction to a situation fits the Will of G-d as described by the Torah. This makes my life much easier.

Even this week pray – given all our Torah knowledge – that Hashem gives us the wisdom to do His will in each situation.

G-d’s View vs My Personal Interest – Choosing the Greater Good for the World.

I realized – after the fact – What it really comes down to is choosing to let G-d guide your life through Torah is choosing a greater good for you and for all society. I am very limited in my vision and the consequences of my actions. G-d takes all into account. The good for me, the good for society, the good for your family.

My scope is much more limited. I am biased. It’s putting my personal interest aside for G-d – for the greater good of the world. Though – I may not understand G-d’s ways or sometimes even certain of His laws – I follow. Once I know that G-d gave a nation of millions of people a law – where millions of people witnessed the giving of this divine document – I can feel confident following that law. I can feel confident I am doing a greater good for the world by following Torah.

A higher level is doing things leshem shamayim – for the sake of G-d. We have a special relationship with Hashem – for thousands of years He has been helping us with a kind hand. We thus do good for His sake.

We become a greater individual. We become bigger. I look at the interest of others rather than just my own. I follow what G-d wants rather than what I think is right. Usually they coincide. Sometimes they don’t. But in a case of my opinion – and the opinion of the Torah is diffferent – I defer to Torah – for G-d’s wisdom is greater than mine.

Living a Life of doubt is painful. If I don’t know what is right or wrong, I am always in doubt. Torah takes that doubt away. I just see what Torah says or ask a competent “Orthodox” rabbi what it says about a particular issue.

Years ago someone asked “what should be done with a person on life support”? I didn’t know the answer. I asked a Posek (a Rabbi qualified enough to make Halachic / Jewish law decisions) on “pulling the plug from life support.” I explained the case – He said it was forbidden. I told the family.

My Life of Picking and Choosing

I was in the situation of picking and choosing what is convenient for me.The “This doesn’t fit my lifestyle” attitude – until I chose to get off this “double citizenship” – of on one hand following Torah when it’s convenient and not when it is not. It took time. As they say “slowly but surely wins the race.” But once I did commit to follow Torah based upon what it said to do rather than what I thought is convenient – I changed myself and changed my life for the better.

I didn’t choose what I should do and not. I knew I had to do all – my choice was relegated to choosing what I was ready to take upon myself. At one time I took complete eating Kosher inside and out of the house. Then I took complete Shabbat observance. Then I took wearing a Kippah. Then I took Daily Torah study. Each one has their own path to Judaism. I’m still trying to grow. But at least I have a path. Some don’t know the path exists.

Achieving Your Purpose in Life

That same path in Judaism – that brings spiritual satisfaction – brings one to achieving their personal potential and purpose in life. Apparently they are related.

I don’t want that Kosher style lifestyle. I want the real thing.

I won’t lie. It takes effort. It takes sweat. Going against the grain. Breaking the mold that society builds for you. Moving Forward day by day. Overcoming the challenges – but you know in the end you have a Hand that carries you. A good G-d that watches over you.

Anyone – regardless of their level of righteousness – can have emunah / trust in Hash-m’s / G-d’s providence and He will help them. G-d will even help the thief who prays to Him to be successful in his endeavor to steal from a house. Anyone can repent and start over.

But strong connection takes work. Work at it. Be ready to go the whole 9 yards. And you’ll never be or feel alone. You’ll always be directly connected to the One above.