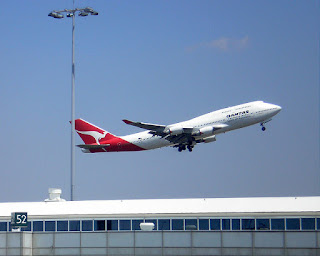 Person is Body & Soul
A person is comprised of a body and soul. The soul itself is comprised of parts – a lofty part that desires spirituality and closeness to G-d. Another part has earthly desires, to eat, drink, etc. It must be That there is a soul in a body. A body without a soul is an inanimate object, like a chair that doesn’t think or grow. One’s main essence is their soul, for one’s thoughts emanate from there.

Spirituality must be defined. We will define it as developing a closeness with G.d. Apparently to develop closeness one must know what G.d wants. One becomes close to another by doing things that the other wants.

Know Your Destination in Life
People travel. Some explain, because they seek something spiritual.
Before one goes on a journey, they should know where they
are going. We are all going on the Journey of Life. It behooves us to
know that our destination is the next world. It thus makes sense to find
out the directions to get there. Thus here are four simple questions
that any rational person can answer to get to the truth.
Is it possible to Arrive at Existence of G-d Rationally?
Some people believe in G.d, some know there is a G.d, some don’t. There are thousands of religions – how does one choose the right one?
Apparently G.d has one law. What is that law?
Apparently G.d made it possible for a person to find out the right law. How do we find the right law?

Apparently G-d not only made it possible, but easy for any person in the world to find the true will of G-d. It must be so. One of the 13 principles of the Judaism – is that G-d will reward the righteous & punish the evil – possibly in this world or the next. If one cannot easily find out the true Will of G-d, when one arrives in the next world & G-d will say for instance “why did you steal?” he will be able to get out of it by saying – sorry I never knew that stealing was forbidden. And G-d would have to forgive them. Apparently, it is easy to find out the truth.Apparently, thus, one does not have to know any details of any religions – like biblical verses. At times many missionaries – use Biblical verses out of context and completely contorted and distorted to “prove” their claim. When a verse is talking about a completely different subject – they use it to provide evidence to their religion. Some try to prove the validity of their religion. When one goes and sees the actual explanation, by consulting the Torah texts, that were based upon the transmission of the Torah at Sinai – they see through their trickery. Many Verses exist to show the opposite of what they show. Like the verse of Bilaam the Prophet – He says straight out in the Torah “G-d is Not a Man.” You cannot get more clear than that. Also the Second Commandment prohibits making any representation or image of G-d – anything from earth, or in the waters or in the heavens. It is forbidden to even think of an imaginary image of G-d or to look at a physical image made by humans to represent G-d. Any Image is made for thus is considered idolatry. G-d is limitless. Any physical thing is limited. To make an image would be to ascribe to G-d a limit or weakness. G-d has no limit or weaknesses.

Criteria in Choosing a Religion

The first question in finding G.d’s law one should ask themselves is not “what criteria are important for me in a religion?” Because everyone would then choose the religion that is most convenient to them, which is not necessarily the right religion of G.d. Finding The law of G.d would be subjective and one would never be able to find the true law of G.d because it would be like two people discussing what is a color that is better.
The way to find G.d must be objective. A way that is based upon logic, rational thought, facts and truth rather than feelings. Feelings are subjective. Logic is objective.
This certainly does not mean one should serve G.d without feelings. It means one should first determine what is the right path of G.d objectively. Once one finds the right path then they can direct their feelings and actions on what G.d wants from us.
What Does G-d Want From Me?
Our main concern in finding G.d’s law is not “what do I want from G.d?” It is “what does G.d want from me?”
To find out what G-d wants from us, we must find the true law of G-d. Once that is found, we can direct our efforts towards achieving His will.
The Four Questions – the Logical Method
Now we will discuss the four questions that one can use to find the true law of G.d. These questions are objective. The answers must be logical. If the answer is not logical, it must mean that that we must reject the illogical answer for the logical one. They are four yes or no questions. We will give the possible answer of both yes and no and evaluate the implications.
Let’s take an example question to demonstrate the logical method. Below is a question and two possible answers – Yes & No. Let us propose both answers and examine the implications of answering Yes & No.
Did George Washington Exist?
No
Yes.
If one would answer no, the implication would be that all the pictures, stories, history, newspaper articles, art and books about him would be forgeries. It is possible, but unlikely to say he did not exist.
If one would answer yes, all those evidence would serve to support his existence.
From logic we can assume that George Washington did exist.

You must decide does it make sense? Does it make sense that all the photographs, all the art, all the history, all the newspaper articles were forgeries? No. So “No. George Washington didn’t exist” is an illogical statement and thus we must reject it because it is illogical – it doesn’t make sense.

Many Other Proofs Exist to the Veracity of G-d or the Torah such as National Revelation & Experience of Jewish People, The faithful transmission of Torah throughout Generations, Prayer to G-d of Israel is Answered, Torah Codes, Prophesies Fulfilled, Archeology, The Complete Integrity of the Hebrew Text of Torah – 5 Books of Moses, Things impossible to predict in Torah (No Fish w/Scales & No Fins, Triple Yield of Shmitah)

The faithful transmission of Torah throughout Generations is a proof to its veracity. G-d transmitted it to Moses, and Moses to Joshua. We have a complete list of line of names of our descendants who transmitted the Torah in its integrity to the next generation. The Rambam – Maimonides – provides a list until his time. Others Have lists of Rabbis who transmitted Torah from the Rambam till our Generation.

The Complete Integrity of the Hebrew Text of Torah – 5 Books of Moses also proves the veracity and integrity. The Law did not change. From the time of Moses till today – observant Jews have been observing the same laws as when given at Mount Sinai. There are many safeguards to prevent errors from creeping in to the Torah – like a Torah must be examined 3 times. If an error is found it must immediately be put away to be corrected. Torahs that were found from a thousand of years ago have the same exact text exact as we have today (see Alepo codex of Torah).

Thus the law has not changed over the centuries.

So A Person Can ask Now: Now What?

Judaism Offers a dual track – one Set of Laws for Jews – the 613 Commandments and One for Gentiles the 7 Noahide laws.

Of the 613 Torah Commandments for Jews – Only about 270 Are Applicable for Today. For some require the existence of our Holy Temple in Jerusalem and it is not yet built. We hope it will be built speedily in our days.  The 7 Noahide Laws are the Big lines. But Some say they comprise of 30 or some say, even 66 Torah Laws.

They are Immutable Laws for the Good & Happiness of Man & Mankind given to the Jews in the Torah at Sinai ∙ the Only Time in History G∙d appeared to an Entire Nation. Doing them, a Person finds Purpose & gets a place in Heaven.

Just as an architect designed a building, the Creator designed & made the world.

The Torah, given by G∙d to the Jews at Sinai, provides 7 Laws for all Humanity, for a peaceful world.

Only once in History did a Nation of millions of people hear G∙d & witness the giving of a Divine Law – when G∙d gave the Torah to the Jewish people. Moses taught detail.

G∙d does great kindness for us each day. He gives us life, food, air, shelter & clothes daily. G∙d is One, Omniscient, changes not His mind & has no body.

To receive a place in heaven, one accepts Torah as G∙d’s true Law. Jews observe Torah’s 613 Commandments & Gentiles observe Noahide laws because they are stated in Torah. Learning our respective laws enables us to be truly refined, kind & wise. Everyone can improve & be good. G∙d Loves Those Who Keep His Laws.

1. Being Faithful to G∙d – Prohibition of Idolatry/ Worship of Object,Animal,Man

4. Respect of G∙d – Prohibition of Blasphemy

7. Respect of Living Creatures – Prohibition of Eating a Limb Taken from a Live Animal

The First Step in a Journey is to acknowledge the need to travel.