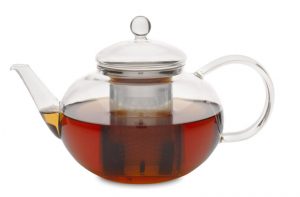 I want to be a free man.

Freedom of speech is condoned by most civilized countries.

Freedom of thought. Freedom of Expression. Yes. All seem to be lofty ideals.

This is expected. This is normal. Yet it is not yet freedom. Why? Because my Ideas and ideals are based upon the group with which I am associated. So you don’t hear liberals against abortion. Or Conservatives – for abortions.

So say something against the other party’s ideals. And they will attack. Speak against certain politically sensitive issues and you are shunned – by at least the people who disagree.

What we call democracy today is not true democracy.

It’s like terrible twos. A kid does what he wants. Breaks. Takes – Mine he says. He develops his own personality. And the word “No” enters his vocabulary. Ok – a sign of development. As we grow, we mature – we hope.

A friend takes a toy, the two year old will grab it and say “mine.”

If it’s mine – my opinion – then i will protest because you disagree. Did we evolve from these terrible twos?

I think this attitude may stem from fear. Fear that I will agree with the other party or be influenced by their thinking. This is legitimate if you are avoiding a bad influence.

But if you are seeking truth – this is a backward attitude.

Here is a small example – The United Nations. Join the bandwagon and condemn Israel. Their point is not to find truth – it is to propagate their attitude. In this case – they use Israel as a pawn to propagate their anti-semitic ideals. Examples abound.

When one learns Torah, it is not the opinion that matters – it is what is the truth that matters. We both want truth. I don’t want to sell you my ideas or ideals.

Today everyone is a salesman. Companies, non-profits, people. Torah Judaism is not selling anything. It is – through Torah – helping you to recognize the truth.

In a Yeshiva – people vigorously argue their points of view regarding different aspects of life and Torah subjects. After they finish learning – although they might have been shouting their points of view – in the end they are the best of friends. Why because each helped the other reach a higher degree of truth.

Contrast that to what occurs in today’s media. A person doesn’t like your opinion – so they will rank you out – and even insult. Each more – they are on worse terms – because each was selling their own opinion without regards for truth.

An adage written on a Tetley tea bag – said “Learn to disagree without becoming disagreeable.”

Rabban Shimon ben Gamliel says, “On three things the world stands: on judgment, on truth and on peace, as it is said (Zachariah 8:16), ‘Judge truth and the justice of peace in your gates.'”