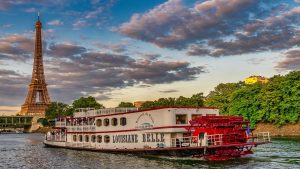 Im Behukotai Telechu / If you go in my statutes. Last week’s Parasha / weekly Torah reading was – Behukotai. Behukotai / My statutes – Rashi says is “Learning Torah” because the next part of the verse says “and if you will observe my Mitzvot”. The next verse says – if you do so – you will get rain in the proper time and other blessings.

So we list that of primary importance first – First Torah learning, then observing Mitzvot. Obviously both are necessary. Another question is why does it says – telechu /you will go? It should say learn my statutes. Apparently there is a message to improve daily – not to remain stagnant. Some people are the same that they were 20 years ago. The Torah wants us to be better every day.

What are statutes? statutes are laws that are seemingly incomprehensible. So why does the Torah use these words for learning Torah? A question of Rabbi Yisrael Salantar.

Rabbi Solomonovich explained in a recent Dvar Torah / Torah speech – that Rabbi Samson Rephael Hirsch said that – a Hok / statute comes from the word Hek / bosom – denoting something close to the heart. He mentions that to one person something may be incomprehensible one but beloved by others.

He gave the example of an American person going to Europe. He hears that over  billion people are watching the “World Cup” soccer match. He asks “Don’t these people have better things to do with their time than watching people kick a ball into goal?”

Then a European person comes to the United States and hears that hundred’s of millions of people are watching the “Super Bowl” American football game. He says to himself “Don’t these people have better things to do with their time than watching people kick a ball into goal?”

Similarly to an outsider coming into the Beit Midrash / House of Torah study – they ask “what are these people doing here studying?” Do they want to become Rabbis? The outsider does not understand why people study Torah. But the insider understands that it brings light to their soul. It helps them connect to others and to G-d. It helps them to grow spiritually and to connect to real Spirituality – meaning becoming closer to the creator of the world – Hash-m.

A Jew is closer to spirituality than they might think. They may think that approaching orthodox Torah Judaism is far from them – yet it is not.

Once a couple was having a Jewish wedding on a boat in Paris – on the Seine River. The boat rode off onto the river. They were about to have the wedding. The Rabbi asked who are the witnesses for the wedding. In order for the wedding to take place two Kosher witnesses are required – they must not gamble, they must be Shomer Shabbat / Observant of Shabbat according to the Jewish code of law / the Shulchan Aruch and be male. One witness fit the description, the other did not. He searched the ship to find someone else to be a Kosher witness. He did not find one. He had an idea. He asked someone he trusted if he was willing to accept to become “Shomer Shabbat”. The man was hesitant. He explained “If the the couple does not have two Kosher witnesses – they will not be able to be married.” The man agreed to become Shomer Shabbat to allow them to get married.

A Jew is closer to Torah than one might think.