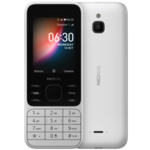 In a Beit Midrash / house of Torah study in Brooklyn, someone asked me to use my phone. I said “sure”. When I pulled out a Smartphone – he said “Oh, no thank you.” I wanted to help him but he didn’t want to use a Smartphone – because it is an object of temptation and wasting time. I respected him for that. I now use a flip phone for personal use.

Someone I know stopped using a Smartphone. His rabbi told him to stop. He listened. Once a Jew with a knitted Kippah in Israel asked him to take a picture of him with his smartphone. The young man replied in a nice way “sorry, I try to stay away from smartphones.” The man replied in Hebrew “Ashreicha” / “Happy are you” [meaning that’s a great thing].

Others would not react so kindly. The question is why do we react a particular way to people with higher Torah standard than us? Some react to one who proposed something that is above their standards by accepting, being positively envious and aspiring to also do the same. Others may react by yelling and insulting the person. It happened to me several times.

Can You Handle Truth?

Knowing how we would react to higher Torah standards indicates what spiritual level we are on. Are we envious of people with higher spiritual Torah aspirations in a positive way – by wanting to emulate them now or in the future or envious in a negative sense – by degrading or looking down upon them?

What is Our Level of Spiritual Aspirations?

Torah is truth. Torah is Hash-m’s / G-d’s word. G-d knows all and does only good. We are limited beings. Our objective is to emulate the kindness of G-d. Thus it is important to know where are we holding spiritually.

So – it is helpful to ask ourselves are we willing to go all out to do the utmost to accept those who have higher Torah standards or are we going to put the others down because we feel uncomfortable that we are not on their level? Or worse – G-d forbid – change what we think the Torah says because we want to feel comfortable?

On the negative side – Tolerance is not accepting the actions of others that go against Torah. That is decadence. Real Tolerance is being respectful to others regardless of what they do. That does not mean to condone their actions. Hold people accountable for their actions but act respectful when dealing with them.

Deep down a person wants to do good. Every Jew has a spark of the Divinely given soul that wants do do the Will of G-d. The question is how will the situation that causes spiritual cognitive dissonance be expressed emotionally? Positively or negatively. A person can always grow. At times a person can react negatively at first way and after learning the importance of the mitzvah will change and react positively. This happens through learning works of mussar / Jewish Ethics and halacha / Jewish Law.

“Love Peace & Pursue Peace – Love the creations and draw them closer to Torah.”

In the Sefer / Book “Or La’amim / A Light unto the Nations” (p. 17) Rabbi Yoel Schwartz explains Bringing people closer to Torah & Hashem is a Mitzvah D’Oraita (A Torah Based Commandment). He brings accountability of Jewish people to teach the 7 Noahide commandments to all people in  Midrash Vayikra Rabba 6:5 (on Leviticus 5:1 & Deut 4:39) and the Positive Commandment to do so in Rambam (Maimonides) in his “Book of Commandments” (Positive Comandment 3) quoting Sifri Devarim 32:2

explaining the Verse in the Shema Yisrael:

“We have already explained that this commandment (love of Hash-m/ G-d (Devarim 6:5)) involves calling upon all mankind to worship Him and to believe in Him”