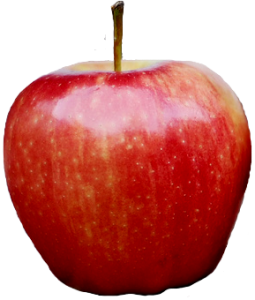 The Torah Talks of Reincarnated Souls

A person is sent to the world to perfect themselves. G-d gives the soul several chances to follow the laws of Torah – the 613 commandments for Jews and the 7 Noahide laws for non-Jews. If they do do what is good & just in the eyes of Hash-m – they go to a higher level of existence. If not G-d gives them chances to correct their faults. I heard – a person gets 3 chances. The Ari”zl – a great Rabbi Kabbalist – said that most people today (in his time and most likely now) are reincarnated souls.

When Adam HaRishon / the first man was created – he was composed of many souls. Each soul branched off. The Soul of Moshe Rabbeinu / Moses our teacher was in a part of Adam that did not receive nourishment from the Etz HaDaat / Tree of Knowledge that Hava / Eve and Adam sinfully ate. (see Zera Shimshon – Matot – who brings this from מהרע”ה author of the Amudey Shiva / עמודיה שבעה). Since he was not tainted with this transgression – Moshe was able to speak the words directly from Hash-m / G-d – As opposed to other prophets that had only transmitted words of G-d that they heard in an unconscious or dream state.

Are You carrying a Soul?

At times a person has to come back to this world to do a tikkun – reparation for the sins of a past life. If the person didn’t do many sins and needs a small tikkun – Hash-m gives them a chance to enter into someone’s body to do a particular Mitzvah – that was lacking in the soul.

Did You Wake Up speaking Another Language?
I read an article on a psychological condition that a person wakes up one morning speaking a different language. It’s called bilingual aphasia. It is documented. Many scientists and psychologists do not understand the phenomenon or give a weak explanation. The Torah has a simple explanation – that person was a reincarnated soul. In a previous life – they spoke that language. They reverted back to a past lifetime.

Hypnosis – Are you one of these reincarnated souls?

In a book called “The Coming Revolution – by R. Zamir Cohen or an article on his site hidabroot.com – that talks about Hypnosis to a past life. The book talks about many phenomenon that demonstrate examples of concepts written in the Torah. In it he writes about a person that did hypnosis. The hypnotist took the person back to a point before he was born. At that moment the person started speaking French & started telling him of his past life. The person was a keeper of the Horse stables in the palace of Versailles, France.  He was killed in a duel. The Hypnotist checked the facts and found they corresponded to the person’s story.

If a person wants to see a hypnotist – obviously – one should check his reputation and make sure he is honest. One trustworthy Dr. that I know that does do Hypnosis – is Dr. Peter Resnick. He told me once that a religious Jewish girl was having fears to get married. She was afraid of losing her children. He did Hypnosis and found that in a previous life she lived on an island where a volcano erupted and she lost two daughters – r”l.

Fears and Dreams – revealing a past life?

A person who has fears may be fearing due to a trauma in his or her life – or a past life. If they have vivid dreams of past events – it might also be a sign of being a reincarnated soul. 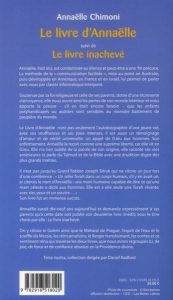 Speaking with the Autists

There are certain autistic people that are able to communicate through a preocess called Facilitated Communication. These Jewish autistic people are highly connected spiritually. There is a site and books on the subject. One book is called “Secrets of the Soul”. For French speakers / Francophone is “le livre d’Annaëlle” One site that allows you to communicate with one of these autistic people is called dani18.com – apparently you can email them.

A Rabbi I know – Rabbi Perez – went to see one of these autistic people. I Believe it was Binyamin. Rabbi Perez was formerly a non-Jewish minister in Mexico. He investigated Judaism and finally converted to Judaism. He married a Jewish Moroccan woman. He asked the Binyamin. Binyamin told him he was a soul that previously lived in the Holocaust. At that time he was married to a woman – who’s soul was the same as the woman he was currently married to. Rabbi Perez asked – why did I have to go through the process of being born a gentile and have to find and convert to Judaism – while my wife was born Jewish. Binyamin answered – Before your wife died – She did teshuva (Repented) – You didn’t do teshuva before you died. So you had to take another stem in this life to become Jewish. When his wife heard the story – she replied that’s interesting – I always had an a affinity with Ashkenazi customs.

Speaking with a Gadol

A gadol is a great rabbi. Usually they are recognized by the vast majority of Orthodox Jews as great rabbis due to their Torah erudition, their holiness, purity and their kindness. Some rabbis are able to tell things – that the average person can’t see. Baba Sali – was able to tell people things that were hidden. He would be able to tell what was happening in other areas read a person’s sins. He gave blessings as well.

Now a days it is more rare to find a person on that level to see things hidden from others. But they can be found with proper investigation. Obviously one must do their due diligence to determine if the Rabbi is accepted and on that high spiritual level.