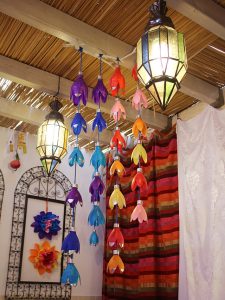 Many people want to be Jewish. It is challenging. But – the gain outweighs the pain. Truthfully a Gentile – need not become Jewish to obtain a place in heaven. By observing the 7 Noahide laws from the Torah they can receive a portion in heaven – albeit – not as great as a portion that a Jew who observes Torah receives.

At the time of Mashiah’ / Messiah the gentiles will ask G-d to give them a Mitzvah / commandment to show that they also can observe the mitzvahs as the Jews.

Gentiles / Non-Jews given a Mitzvah / Commandment

In a Toras Aish (Sukkot 5765 / Volume XII Number 3) a booklet with Thoughts From Across the Torah Spectrum, RABBI DOV KRAMER explains in an article called – Taking a Closer Look

The prayers recited during the recently concluded High Holidays include the desire/plea that “all of humanity (Jew and non-Jew alike) join together to fulfill Your will.” In the Haftorah of the first day of Succos (Zecharya 14:16), we read that this request will be realized during the Messianic period; “And it will be that all who are left from all of the nations, who had come against Jerusalem (to wage war against it), and they will come up every year to bow before the King, the G-d of Hosts, and to celebrate the festival of Succos.” Why is this holiday singled out as the one during which all the nations of the world will come to acknowledge G-d?

Most of the commentators explain that the war of Gog and Magog, the final war before Moshiach comes, will take place on Succos. Since it will be the wondrous miracles performed in this war that will cause all to recognize the One True G-d, it will be this same time every year that the nations return to pay homage to Him.

Rashi, however, has a different approach. The Talmud (Avodah Zarah 3a) describes a conversation between the gentile nations and G-d, where they ask if they can start from scratch (and thus be worthy of the same future as the Nation of Israel). Eventually, G-d gives them one “easy” commandment to fulfill, to live in a Succah. It is because of this “mitzvah,” given to the gentiles as their last opportunity to show that they deserved to be included in all of the Torah’s commandments, that (according to Rashi) the other nations come to Jerusalem every year to “bow before G-d.”

Here is a synopsis of the end of the conversation between G-d and the gentiles: The gentiles request a “do-over,” that they be offered the Torah again, so that they can (now) fulfill it. G-d responds that it’s really too late, as reward can only be given in the world to come to those that worked for it in this world. Nevertheless, “I have one easy commandment, namely Succah, go and fulfill it.” The Talmud asks how G-d can offer such a thing, when a verse explicitly implies that mitzvos cannot be performed in the world to come- to which it answers that G-d does not use “excuses” to prove His point, so wanted to give them an opportunity to show whether or not they really would keep the commandment(s) if given the chance.

Initially, each gentile goes and builds a Succah, but when G-d makes it extremely hot (and therefore uncomfortable in the Succah), they all leave it-kicking it on their way out. Even though one who is very uncomfortable is not obligated to stay in the Succah, by kicking it they showed that they never really wanted to fulfill it (see Maharal).

Becoming in Tune with Oneself / The Reason for Antisemitism – If You cannot Join them – Beat them.

One of the reasons why Hitler said he hated Jews in Mein Kampf – was because the Jews gave the world 2 things – A conscience. The Idea of Perfecting Oneself. He wanted to live as a barbarian – without a conscience. Thus the reasons he said that he committed his atrocities.

A Gentile or even a Jew against Torah Observant Jews who is in tune with their real feelings may want to examine from where these feelings emanate / come. They may ask – Is it that they have a desire to become Torah observant themselves – but their attachment to the materialism causes them to beat them (Jews) rather than to join them?

If this is the case it makes more sense to at least take a small mitzvah upon themselves and do something constructive with these feelings rather than using their feelings destructively.

Why Gentiles want to Become Jewish

But the main point here is – why do some non-Jews feel a compelling desire to convert to Judaism?

For some it is a Desire to connect with the Source of All life – the One who said “let there be light!” – Hash-m.

In Torah it explains that before G-d gave the Torah to the Jews at Mount Sinai – He proposed it to the other nations. Each asked – what is in the Torah. To a nation that had a tendency towards stealing – He said – “Do not Steal. is one of the commandments. The collective nation rejected accepting the Torah upon themselves. Until when the Torah was offered to the Jews – the Jews said “We will do it and We will hear it.” Meaning first we will accept the Torah. Then we will hear what is in it. Some Gentiles in certain nations – wanted to accept the Torah, but were excluded from the privilege of observing it because their nation rejected it. Some of these souls – came back to life and eventually became converts to Judaism.

There were also some individual Jews who did not wish to accept the Torah at mount Sinai. They eventually became – those against Torah or those that “converted” to another religion. (Conversion of a Jew to another religion is really impossible – a Jew will always remain a Jew in G-d’s eyes. Even though a Jew can go through the motions of “converting” to another religions – their soul will remain Jewish and they are responsible to follow Torah and they will be Judged as a Jew (according to their observance of Jewish Law / Shulchan Aruch) in the afterlife).

However for some, another reason plays a part. During the course of history – many Jewish souls greatly diverted themselves from the path of the Torah or rebelled against it. G-d sometimes gives these souls an extra chance to redeem themselves from what their soul did in a past life. Their soul comes back in the body of a non-Jew because their soul desires to become attached again to the source of life – Hash-m.

In a previous Post in jerusalemlife.com – entitled Truth Seekers – Of Ministers & Missionaries that Made the Move to Judaism  I wrote about two former-gentile ministers whose sincere search of truth led them to convert to Torah Judaism – Rabbi Yehuda Peretz and Gavriel Sanders.

Rabbi Yehuda Perez, originally Alfredo Diaz, came from Mexico. His father was interested in spirituality and tried all kinds of religions until he founded a church. His sect had great respect for Jews. His son, Rabbi Peretz, started on the track to become a Pastor. At one point he was reading the bible. He had questions regarding the discrepancies in the Bible. He tried comparing different versions of the Bible to find his answers. He didn’t find his answers. He found out that the versions differed markedly between one and the other and between the original Hebrew texts. He was not satisfied with the answers.

So he prayed to G-d to help him find the truth and the answers to his questions. Shortly after he met a Jewish person and was enthralled. He started asking his questions to the simple Jew and he answered them satisfactorily. Alfredo, was greatly impressed, and learned that the answers to his questions were found in what the Jewish man called the Oral Torah. He kept on asking questions that the man deferred by suggesting that Alfredo ask some of the orthodox Rabbis in Mexico.

Alfredo continued his search for truth until he finally converted to Judaism. He Moved to Israel and married a Jewish woman. He continued his Jewish studies and Became and ordained Rabbi. Now he is Rabbi Yehuda Perez.

Tapping in to Previous Lives – through the Autistic Savants

Rabbi Perez once went to an autistic person who has a soul that highly in contact with the heavens. (for those interested Books (Secrets of the Soul) and a site (dani18.com) that reveals their messages exist). His name I believe is Binyamin Golden – who is able to communicate through a process called Facilitated Communication (FC). FC Is done through computer chat communication with the autistic person.

He asked Binyamin – who was he in a previous life. Binyamin Told him –

Your soul was previously in a person who died in the Gas Chambers of the Holocaust. In your previous life you were also married with someone who had the same soul as your current wife.

His current wife was a Moroccan Jew.

Rabbi Perez then asked why was his current wife born Jewish – while he was born as a gentile?

At the last moments of your previous life you did not do Teshuva / Repent from abandoning the Torah. You thus were born as a non-Jew – because to compensate for your lack of Teshuva – in a past life you had to make an extra effort to become Jewish in this life. Your wife – did do Teshuva the last moment and thus she was reincarnated as a Jewish woman.

The world – in this state is supposed to last 6,000 years. We are in Year 5,778 from creation. Many souls are coming to the world to make a tikun / reparation for abandoning Torah in a previous life. At times a person has sinned so much – that the only way they can be purified and forgiven is if they die sanctifying the Name of Hashem / Kiddush Hash-m. Some of the people in the Holocaust died for that reason.

Thus many converts are coming to convert to Judaism – because these migrant souls are being reborn.

The Ariz”l said that most people born today are from souls reincarnated from past lives.

Are you one of these reincarnated souls? I don’t know. Hypnosis (see – the book the Coming Revolution – by R. Zamir Cohen or an article on his site hidabroot.com – that talks about Hypnosis to a past life) or speaking with one of these autistic people (see dani18.com – apparently you can email them) through Facilitated Communication might be able to help you on that one. But really all you need is to be true to yourself- true to truth. true to finding truth and pray to Hash-m / G-d and Hash-m will help you find the Truth.

Following Torah – either the Shulhan Arukh for a Jew or the 7 Noahide Commandments for non-Jews are pretty simple once you get used to doing them. One just has to take that first step of making taking small steps towards learning them and observing.