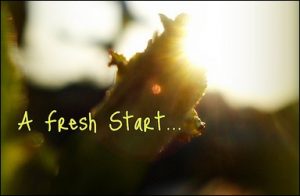 Corona. 4000 Rockets sent against Israel by terrorists. 45 People Perish in Meron. A Building Falls in Surfside, Florida. Iran attacks the US. Fears of Impending Floods. What is happening here?

Why the Turmoil in the World?

The world is going through turmoil. What is the reason?

There is a word for reaching the truth by experience – by trying a way of life and rejecting falsity. I thought it was catharsis – but apparently that means releasing pent up stress.

In a sense a person follows a path in life – then either they discover it is good or not good. The stress they had by following a particular way of life is removed when they find another “truth” – until they find the real truth.

The Search for Truth

The path of Avraham Avinu / Abraham our Forefather was to investigate the ways in life. He investigated until he could find truth or rejected it if it was lacking truth. He rejected all idolatry, until he found G-d / Hash-m. Yitzro / Jethro did the same. Yitro followed all forms of Idolatry, Religions and cults until he came to the conclusion to the truth of the Torah. He then converted to Judaism. (Judaism does not require a person to become Jewish to receive a place in heaven – a gentile just follows the 7 Noahide laws from the Torah – for the sake of the Torah). Many of the “Ism”s came and went or came thinking it could solve the world’s problems – yet they did not – like communism, anarchism, fascism, Marxism, totalitarianism, liberalism, socialism, etc.

One day there will be no more war – when people find the truth. It takes effort and willingness to give up one comforts to find truth. Would you switch your smart phone for a flip phone if it meant pursuing truth?

G-d / Hash-m is sending messages to the world. We think it as a bunch of random events – but really they are a wake up call for us to return to Our Father in Heaven and finally seek His help – seek His guidance – seek to do the good in His eyes – not only in ours.

Messiah on the Doorstep

We are in the period of the Messianic times.

Two ways to bring Truth to the World

The sad truth is logically – there are two ways to bring truth to the world. One by allowing people to find truth. In the over 5700 years of the world existence – the entire world never achieved that status. One nation did – the Jews  – when they received the Torah at mount Sinai where millions of witnesses heard G-d speak.

The Second way is to eliminate people who follow not the truth. There are grim prophesies that say in “World War 3” – if people don’t search for truth – One Third of the world population will remain. One Fifth of All Jews will remain.

Opportunities to Open Our Eyes

Ask a competent Orthodox Rabbi to explain you your questions on the world. He’ll probably be able to answer. The problem is – many people are attached to their lifestyles and want a semi-truth. A truth allows them not to change. It’s possible – but really should put all their lifestyle on the line if it means pursuing truth – that was the way of Avraham Avinu / Abraham our forefather – that’s the way of Yitro / Jethro.

To observant Jews, News is not just an outlet to learn what is happening in the world – it is a message from G-d / Hash-m to repent / Do Teshuva, improve and to return to Hash-m’s ways.

We say it in the last line of Aleinu Leshabeach / It is incumbent upon us – the Concluding prayer Jews say 3 times a Day. And on that Day Hash-m’s will be One [meaning all people will recognize Him as the True G-d] and His Name will be One [He will be the G-d that everyone will call to]. (Zecharia 14:9)  Zecharia also has some prophesies of our current time period.

A simple message – a challenging task – search for truth.