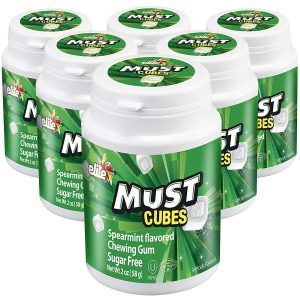 It seems that many people have a feeling for Judaism – Jews & Gentiles.

Many religions accept the Torah as True – but they say “G-d ‘changed His mind’ about the people He chose or the doing of the commandments He gave.” G-d gave the ability of a person to make a logical deductions and freedom of choice. Apparently with those two abilities – one can come to truth. But a person has to be unbiased and willing to give up anything for truth – things that many are not willing to do.

What are Your ‘Chiclets’?

Some will not accept doing Shabbat – because they want not to give up their shopping day. I heard – once – a woman Koshered her house and was willing to go all the way to complete Observance of Orthodox Torah Judaism – when she saw a packet of “Chiclets” gum on the table. At that moment she had second thoughts – She told the rabbi “I don’t want to give up my Chiclets” – until he calmed her down apparently telling her there are Kosher alternatives to Chiclets.

Did G-d give one law for all people or laws for Jews and laws for Gentiles?

Most religions say observe their law – and if not one is an infidel. The Torah says “Jews Observe our laws and Gentiles – Observe Your laws.” If a gentile observes their laws that is great.

The problem in other philosophies lies in professing that G-d gave one law for all people to observe. According to Torah – He gave laws for Gentiles – the 7 Noahide laws – which are really 30 laws – and laws for Jews – the 613 commandments. The 7 Noahide Laws are a step in the right direction for those wanting to observe Judaism. The Noahides – learn Torah about their laws – and observe some commandments like the Jews. If a Gentile wants to go further – they can always chose to convert to Judaism with an Respected, Competent, Knowledgeable, Orthodox Rabbi – that deals with Conversions.

Following the Torahs laws allows a person to receive a place in Heaven. Thus a person who really is searching for truth – and wants a place in heaven – will investigate what the Torah promises for Jews and Gentiles observing Torah.