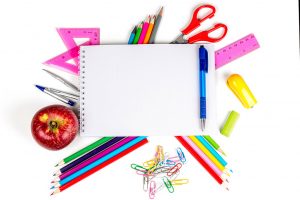 I remember “Back to School” days. I was so excited. I had fresh new notebooks, new pens and pencils in a tidy pencil case. Everything was spiffy and new. I had new clothes for the new school year. I was eager to meet my new classmates and talk with my old friends.

It was a time of innocence.

The Jew Who Started Formal Education

By the way – the person who started schooling for the general population was a Jewish sage – Joshua ben Gamla – who lived about 1900 years ago. He – the Talmud (Tractate Bava Bathra 21a) states – instituted formal Jewish education and primary schooling. Prior to this, parents taught their children informally. He instituted schools in every town and made education compulsory from the age of 6 or 7.

Consulting G-d About Your Child

Three partners are responsible for the creation of man – the father, the mother and Hashem. The man and woman provide the physical parts – and G-d provides the soul. Thus I mention that before deciding on the welfare of one’s child – they should consult all partners – meaning the Mother, the Father and Hash-m. So when a person wants to send their child to a school – they should also consult the Torah opinion – which represents the view of Hash-m – by asking a competent Orthodox Rabbi.

Today’s Torah Day Schools teach Kodesh / the Holy – Torah Subjects – and Hol / the Profane – like Math, English, History, Science and the like.

Secular schools do not teach ethics, proper behavior or religion. In secular schools it may even be prohibited. Torah schools – teach Torah topics – which teaches the children to respect parents, do kindness, respect the environment, respect authority and more.

Secular schools offer free tuition. One pays tuition for children enrolled in Torah Day schools. Many offer scholarships. Even if one cannot afford the tuition – they work with parents.

Reward for Parents and Kids

Every word of Torah learned gives tremendous reward to the learner – so parents and kids benefit in two ways – the children become better individuals & they get rewarded for learning Torah. The parents get part of the reward because they chose to put their child in an Orthodox Torah Day school.

Torah day schools teach – mussar – how to be a better person – but also kids learn Yearat Shamayim – fear of Heaven or of Hash-m. I heard a child develops their awe of G-d before the age of three – so it is well worthwhile to put a child in a Torah day school from a young age.

Neutrality or Partiality of Secular Schools

I heard from school faculty – that Public Schools Today are not as “Parve” / neutral as one would think. A lot of secular schools impose societies “mores & morals” on children. Many which go against Torah ideals. So today it not a neutral thing to place a child in a secular school – the schools try to indoctrinate the children with society’s values.

Some will ask why is fear of Hash-m important? A person is most of the time on their own. They act the way they feel. Nothing is really stopping them from doing, saying or thinking things that are harmful to others or themselves. When one fears Hash-m – they act with more restraint – for they know G-d is always with them watching them. But it also teaches a child that they are never alone – One of their parents – Hash-m is always with them.

The Choice between Two Jewish Schools

About 20 years ago – we were trying to select a school. We had a choice between – a Traditional Torah day school and a more Modern “Jewish” Nursery School. After weighing the Pros and Cons – we decided to enroll in the Modern “Jewish” Nursery School. We paid $250 for registration fees.  We went to the orientation session. Sitting in the little children seats – the teacher was proudly explaining what they were going to teach the innocent children.

As part of the demonstration – she proudly pointed to a large Television. She said “and every day we show the kids cartoons of popular cartoon characters.” A red flag went up in my and my spouse’s mind. “What? You want children to learn Torah values – from Mickey Mouse?! What kind of Jewish education is that? Is a misrepresentation to call yourself a Jewish school and teach the children street values.”

After the orientation – we politely exited and registered in a Traditional Torah Day School – not far from our home – that was under the auspices of a well-known and respected Orthodox rabbi. We lost the $250 registration fee from the other school. If I remember correctly – the Traditional Torah Day School – waived the registration fee. We were very satisfied with the education and the Yireat Shamayim they learned there.