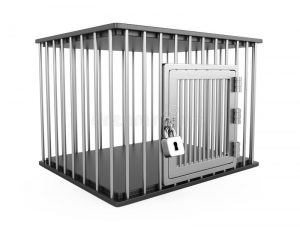 Last week we read the first Parasha / Torah Reading of Bereshit / Genesis. Speaking of the creation of Man it says “You will rule over the fish of the sea and the birds of the sky and all living creatures.” (Bereshit / Genesis 1:28)

When G-d made man the Torah says “Let us Make man… and He created man.” It should say let ME make man. Why does it say “Let US make man.” One explanation is that he was talking with the Earth. Man is composed of a physical Body made from earth and Spiritual soul that Hash-m supplies. Thus He said to the earth let us make man.

Another Explanation why it says “Let US make man” is that G-d has 10 attributes / Sephirot (Crown, Understanding, Wisdom, Strength, Kindness, Beauty, Splendor, Victory, Foundation & Kingship). He wanted to include them all in Man.

G-d wanted to teach the world a lesson – one should consult other people – even if they may not be as great as yourself. G-d consulted with the angels before creating man – Thus he said – “Let US create man.” When Hash-m actually created man – The Torah says “And Hash-m created {singular verb form} man.”

Another explanation is that G-d created man with all kinds of “animals” in him – at times he is bold like a leopard, or quick like the eagle, (see Pirkei Avot 5:20) or lazy like a sloth. It is up to man to overcome those animal instincts inside him. Thus it says – “You shall master over … the living creatures” – the creatures – inside a person.

When we do mitzvot, learn Torah and rule over our negative inclinations – we dominate our animals and become the way that man intended us to become. We become more like an angel. But really man is greater than an angel – if he uses his time for growing spiritually through Torah. If he follows his passions he becomes more like an animal.

Animals are naturally afraid of man. But when a man follows his animal inclinations – the animal sees the man as another animal and attacks him.

Once the Ohr HaChaim Hakadosh / Rabbi Haim Ben Attar – from Morocco – who wrote a commentary on the Torah – was sent into a lion’s cage by the sultan. The sultan was upset that he – a Jeweler by trade – did not make the Sultan’s Jewelry by the deadline. He took his Talit & Tephillin and Torah Sepharim / Books and sat there learning in the cage. The hungry lions were afraid to approach him.

The sultan saw this, realized that he was a Holy man and released the Ohr HaHaim – and apologized for doing so.

One of the ministers – sneered – perhaps the lions are not hungry. The sultan threw the minister in instead and the lions devoured him.

We can rule over the animals – if we rule over ourselves first.