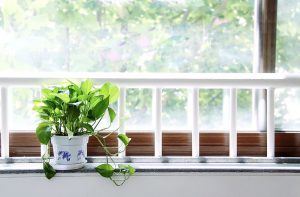 The Giving End of Insults

We are sometimes on the giving end. I try not to insult people. I think – what do you gain? You make another person feel badly and you didn’t gain anything. Now that they are more angry at you because you insulted them – they are going to do what you want?

The concept of “Sticks and Stones may break my bones – but names will never harm me.” is not a true concept according to Torah. Words can hurt. Onaat Devarim / Pain With Words are a set of halachot / Jewish laws that Jews learn to not hurt others with words.

The Receiving End of Insults

We sometimes are on the receiving end of insults. I try not to get insulted by insults. I figure the other person had a bad day or something. Because the other person called me a donkey – did that make me into a donkey? No. It says in Torah – if someone calls you a donkey – prepare a saddle for your back. (Baba Kama 92b) Meaning – Don’t answer their insult – and acquiesce – rather than respond angrily – to their words.

A French expression says “Sickness does not enter where the sun is.” So it is good to live in a place that has sunlight. Also – when a person has a sunny personality – he or she is less likely to become ill. People who let insults slide – do not hold grudges and feel anger or hatred. They avoid negative emotions & stress to have a negative physical effect on their bodies.

The Reward for Not Responding to Insults

The Torah says “Someone who is insulted but does not insult, One Who hears their degradation and answers not is like the Sun in it’s zenith” (Talmud: Tractate Shabbat 88b)

The atonement that does for all of his sins is greater than any other reparation he can make.

I was speaking with my friend Yossi. He explained to me why that kind of person is compared to the Sun. Why not say – he is like a lion?

Why is the Moon Smaller than the Sun

He answered – when Hash-m created the sun and the moon He created them the same size.

The moon complained – he said – “Hash-m there cannot be two rulers in the sky. G-d answered him – you are right. Make yourself smaller.”

In that – the insulted who does not respond is like the sun. He accepts Hash-m’s judgement favorably, without complaint.

When Shimi ben Gera insulted David HaMelech / King David – His general said this man is rebellious against the King – let us kill him. David Hamelech replied – it is not he who insulted me – it is Hash-m who organized this.” His reward was so great – that his face was placed on the Throne of Glory.