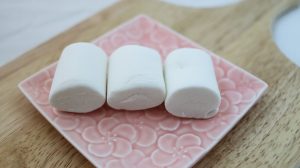 I was walking down the street looking for a man to complete the minyan (quorum of 10 Jewish men) needed to recite certain parts of prayer – like Kaddish / the Mourners prayer for the elevation of a soul that departed. I see a man – he’s Jewish. I ask him reluctantly – “Hi sir – can you help us to complete a minyan? Our synagogue is just down the street.” I might have added – someone needs to say Kaddish.

I encounter many people like that. They have righteous indignation that I try to offer them a card to help them find meaning & spirituality – by making a connection with Hash-m. Or they outright reject it – apparently they have a fear of becoming closer to G-d. Perhaps I should give them a copy of “The Bible for the Clueless but Curious – Finally, A Guide to Jewish Wisdom for Real People Nachum Braverman. I was perusing it just today. He’s also a co-author of The Death of Cupid. The author has an informal but eloquent – and meaningful I mean writing. Wow I think – it’s the first time I used this strikeout function. OK.

So I understand people – they are reluctant to believe or have a close connection with G-d. Why? Some because they feel it will cramp their lifestyle if they believe. If they believe in G-d – Jews will no longer be able to get a Big Mac. (Hamburger & Cheese is a No no.) Gentiles will no longer be able to eat live animals. (Sorry to mention repugnant things – but some people still do this.) Big loss? I don’t know. I did it. I gave up the peperoni pizza. Nowadays – you have a kosher alternative to almost anything. The Rambam / Maimonides brings 24 reasons – which cause people to avoid Teshuva – Repentance.

The Difference Between Judaism & Other Religions

Some don’t want to believe because they are turned off by religions – that killed millions and keep killing in the name of their religions –  and they stereotype from other religions to Judaism. I hear that – so investigate the difference. The Bible for the Clueless is a good starting point.

Weighing the Losses & the Gains of Judaism.

I was in both worlds – the secular & the observant world – and I find that the benefits greatly out weigh the sacrifices. No more shopping on Shabbat – but a much better relationship with the family. No more eating Big Macs – but a much more spiritually satisfying diet – a Kosher one. They say that non-Kosher food clouds the heart of a Jew. Thus a Jew who eats non-Kosher has a harder time understanding mitzvot than a Kosher eater.

Did I get off tangent? Sorry.

Thanks for Not Making me a Woman

All Jews – men & women – say Morning Blessings daily to thank G-d / Hash-m for all the Good He supplies daily. Like the ability to see, the ability to walk, the gift of clothing, etc. The man’s blessings of the Daily Morning blessings are slightly different than a woman’s. A Woman says “Blessed are You Hash-m … that You made me according to Your Will.” Men say “Blessed are You Hash-m … that You did not make me a Woman.”

Q & A on Woman’s Blessing

The question on the man’s blessing: “Why term it that I am thankful to not be a woman? Since a woman – is closer to the connection with G-d – she has less mitzvot. Mitzvot are  to help a person reach spirituality, spiritual perfection and a closeness to G-d. A man needs a Talit, Tephillin, Lulav, and other external items to become closer to Hash-m. Thus a man has more Mitzvot to become closer to G-d. Thus the man thanks G-d that he did not make him have less Mitzvot – like a woman.

The Error of Society – Not Appreciating Differences in People

I heard in some societies & public schools – they are erasing the gender differences. They say no more boys line or girls line – there is the A line or the B line. It is prohibited in the schools to say “Boy” or “Girl”.

To do what society is doing today – to force a man and a woman to ignore their differences will in the end create confusion and psychological problems. If I can’t appreciate my strengths and weaknesses – so I become like a marshmallow – devoid of form, and purpose and uniqueness. A rabbi said “If one tries to be like someone else – he is not that person and he is not himself – he becomes a non-entity.”

Each gender is given their particular laws that suit their psychological and role in the family. These laws bring out their strengths and minimize their weaknesses.

Say No to the Marshmallow Movement

Say No to being a Marshmallow!