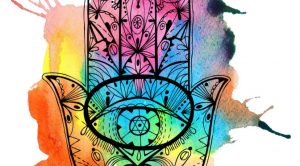 To follow a path – one should know where it leads.

To follow spirituality – one must first understand what it means.

Spirituality – the means to achieve a close relationship with G-d.

What can bring me closer to G-d?

Now one must determine the means that will bring him or her closest to G-d.

Although many ways of life are tempting – and enticing to the eyes – it does not necessarily mean that that way of life is true.

There are many charlatans in the religion business – using the greatest marketing techniques.

To determine what G-d expects a person to do to become close to Him there are two required steps. Step One is Prayer – one can just ask Him. Meaning pray to Hash-m / G-d that he will help you find the right path in life that he expects of you. Step Two is to think out logically – what is the True Religion of G-d. For in G-d’s religion is the directions and means of how to get close to Him.

What path do I follow to become closer to G-d?

If one wants to pursue a relationship with G-d  – how does one go about it?

What makes sense in selecting a religion to follow?

To follow a religion, cult or worship that looks spiritual or one that G-d himself actually sanctioned and explained that that is the way to become close to him?

Obviously if G-d came down to a person and said – Religion A is the Religion that I approve of and will also help you become close to Me – that person would know which religion to follow – because they heard it from G-d Himself.

But today G-d doesn’t reveal himself to people face to face as He did with Moses. So what is the next best thing? To select a religion that G-d approved of in front of Millions of people.

What is the Religion that Brings a Person Close to G-d?

People are into their ideas & ways of life.

The question is how did they get there?

That is the question most people don’t ask.

Most people follow a religion because they were brought up that way.

Many follow what feels good to them – which leads to an interesting phenomenon – the religion switcher.

I say this because I met people that have told me – last year I was religion A and this year I follow religion B. But I am thinking of joining religion C.

Use Your Heart or Your Mind?

The reason why most people follow a religion or don’t is not because they thought out logically what makes most sense – they follow because they think it “feels” right.

In a world of only feelings – without truth – determining the true path in life is impossible – because A feels that religion A is right, while Mr. B feels that B is right. While Mr. C feels that Atheism is right.

In French they say it “Des goûts et des couleurs, on ne discute pas.” Meaning – Tastes & Colors cannot be Discussed. Because I like sweet. Someone else – salty.

A person who follows a religion or does not (like an atheist or an agnostic) who does so because that is what they feel is right is like a person who chooses chocolate over vanilla ice cream.

So what is the solution?

In order to come to the True religion it must be reached by logic. G-d must have made a way for a person to determine what is the true way of G-d – that must be able to be determined through logic – not feelings.

Because in the next world a person is judged. G-d cannot judge a person unless He actually told people what is right and wrong. If not everybody will say – when judged – “Sorry G-d – I didn’t know that that that I did was wrong. No one ever told me.”

Apparently, every normal person in the world can determine the true Law of G-d.

Quickly here are the answers –

2. Yes – A person doesn’t want their masterpiece to be destroyed. G-d does not want his world to be destroyed – so obviously G-d gave laws to protect His world.

3. The Torah – it is the only divinely given document whose giving was witnessed by Millions of people. No other religion claims this about their “bible”. It had to be given in public – otherwise everyone can claim – that they never heard of the divine revelation of G-d’s law – the Torah.

4. No – it is not logical that the Supremely Intelligent Being Changes His mind.

The Conclusion : TORAH is G-d’s Law

Conclusion G-d’s True Law is the Torah. A person need not be Jewish to follow G-d’s Torah. G-d gave laws for

for all people of the Earth.

A person choosing a Religion based upon feelings is like a man marrying a woman and afterward thinking if he made the right choice. He should have thought about it first- before tying the knot.

I have friends into Meditation. They are Orthodox Jews but use meditation techniques. I heard one story of a person that took an oath of silence for many months of meditation. When he reached the height of his meditation – the words that came out his mouth were the words of his Bar Mitzvah Parasha or Shema Yisrael.

Making Time For Yourself – Jewish Meditation

Jewish vs. Buddhist Meditation – a former Guru – Gutman Locks – that used to meditate on 85th street and central park in the 60s.