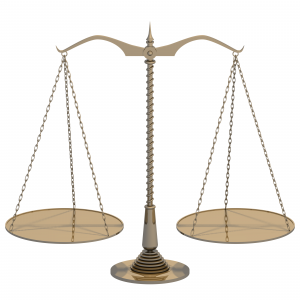 What does the word mean?

Ethics – moral principles that govern a person’s behavior or the conducting of an activity.

What is True Morality?

The question that we address to day – is what is true morality?

Morality based upon Societal Mores

Is morality based upon the ideals of the society?

No. Look at Nazi Germany – their ethics were to destroy any thing that was a threat to the Nazi race or that gives the world a conscience. Were they moral? Absolutely not. Barbarians in nice clothing.

Hitler’s goal was to make a civilization of barbarians.

Morality Based Upon the Heart

Can morality be based solely upon the heart? No. Some people feel badly for criminals, they condone their violence and those same criminals are motivated to commit more crimes.

Is that moral. No. Criminals should be punished. Innocent people should live in peace.

Morality Based Upon intelligence

Can morality be found through think tanks. Apparently not – unless all the members of the think tank have the morality of the Torah. Otherwise they will have some kind of bias – that will lead them to base their morality upon their values in life.

Take Stephan Hawking – with all the intelligence – he couldn’t figure out a simple principle – that G-d exists.

Ask a person if they are walking on a beach and they found a pencil – where did this pencil come from? If they say someone probably dropped it – you’d consider them to be reasonable or rational in that thought. If they said – it was probably the sand that blew together and formed a pencil – you would think they are irrational or mentally deficient.

If it is impossible for a perfect pencil to be made with random pieces of sand – it is even “more impossible” for a child, a cell, or billions of similar looking creatures to be created by random sand blowing together. Sorry. Mr. Hawkings – you failed on this one in terms of rationality and morality.

The Rationality of the Existence of G-d

It makes more rational sense for G-d to exist than – to be a world without G-d. It is illogical to think a world will exist without G-d.

People don’t want to believe because they would rather feel that they are free to do what they want. If you put G-d in the picture – you feel you have to behave – because G-d is watching.

The Good of Believing in G-d

Believing in G-d is good in itself.  A study was done – where a wallet of money was left out in the open. They surveyed the person who found and returned the wallet. They asked – why did you return the wallet? Most who returned the wallet answered – because I knew G-d was watching.

The Jews Remind people of the Existence of G-d

As presented above – knowing that G-d exists is a good thing for society. [Obviously if they have true values of G-d as well – ie, they follow the 7 Noahide laws from the Torah – which include: Do not steal, do not murder, Do not commit adultery or improper relations – like incest, bestiality, homosexuality. and adultery. Not to do idol worship, not to blaspheme and not to eat a limb from a living animal.

When the Jews observe the Shabbat – according to Jewish law – it reminds the world that G-d created the world in 6 days and rested on the seventh. People strengthen their belief in G-d – because we observe Torah.

So what is the true guide of morality in the world?

Because the Torah is the only document given by G-d to mankind before millions of witnesses.

Any man made document is just that – man made. Man needs to improve on what he created. G-d does not. He created things in their state of perfection. G-d is perfect. Man is not perfect.

G-d’s Ethics are Perfect – Man is not Perfect

This is evident by a boy being born with a foreskin. G-d made it such so that the boy will learn the lesson – that though G-d made him almost perfect – a person is to work on themselves to reach towards perfection.

There are over 80,000 religions in the world. Why should a person believe in Jewish ethics? Here are 2 simple reasons.

Many other reasons exist – but those are two for now.

So what is the honest person to do?

That’s true morality. Everything else is off the mark.

Compare the values of society to the values of Torah – and through asking a competent Orthodox Rabbi to explain you’ll usually understand the viewpoint of Torah. You just need to be open-minded enough to ask.

Though the Torah was given to the Jews – not all Jews are versed in Torah. Usually the comportment of Jews match the ideals of the Torah. When there is an aberration – consult a Torah authority to find what the Torah really says.

The Torah is the law of G-d. What better path is there than to live a life pleasing to G-d and man.