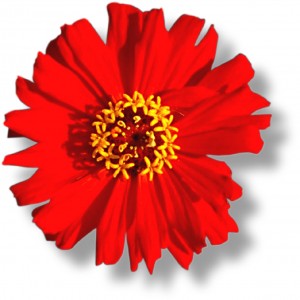 Imagine the good in the world created by taking one hour a day from watching TV to improve another person’s life – Especially if that person is your own child.

Sometimes we see things more objectively with a cold head.

Let’s investigate together objectively the value of Television.

Before taking a decision on something that affects the family, responsible parents evaluate the effect that that decision will have on the long-term future of the family.

Some considerations overlap, some have an affect on one another. For instance by allowing a person to be more creative, we are helping them build their self-esteem. Also, to be fair the decision should not be made in a vacuum – meaning the Value of watching TV can be compared to the value of doing kindness, learning Torah or being creative.

We are all intelligent.

Intelligence is shown by thoughts and by action.

Let’s put things into perspective. Who are the most important people in your life? Most would say, “my immediate family. “

So does the TV improve those relationships or not?

To see things objectively we should ask people who have seen both sides of the coin. Life with and without TV.

Occasionally a town in the us drops TV for a week. They report better communication, more wholesome activities, less stress and better relationships.

Apparently, what they are saying is true.

When a child talks with a parent and either is involved watching TV (or using the computer) undivided attention is not present. This is not respectful to the parent or the child.

It’s not just media is the message.
You know that it is unpleasant when you are in a middle of a conversation with a friend and your friend starts talking on the phone with someone else. Talking to a couch potato or computer/phone/ipad/work addict isn’t pleasant either. You know they only have half of their attention on what you are saying. The other half of their attention is on the latest news. It also sends a message to the other person … “my work/TV/phone/computer is more important than what you are saying.” We wonder sometimes where the lack of attentiveness of children comes from – here’s a possible source.

Basics of Positive Relationships
Giving undivided attention to another is one of the basics of a positive relationships. Knowing the other’s interests, challenges, strengths and positive points is another. Once known, doing things related and discussing them will help in the relationship and the development of the child or other person.

Unfortunately some are more in touch with the lives of celebrities than those of family or friends.

Sometimes, a person is so involved in a show or a program, when someone disturbs them, they snap at them with angry words. Hold on! Remember, your children come first.

Less Stress for Children. Less Parenting Stress.
I used to watch TV. I don’t miss it. Really, not one bit.

Sometimes I ask a person why they watch TV. The basic answer I get is “I have to be informed.” But in today’s day and age TV is not necessary for news. There are fine periodicals like Mishpacha Magazine, or Hamodia or Yated Ne’eman that has “all the news that’s really fit to print.” 🙂

When one sees violence on TV it stresses a person and creates a negative and fearful image of the world. You can be informed without being stressed out. Imagine what it does to children. The latest crimes, the violent schemes of the world on the big screen. Good or not good for family? You decide.

Why do children have nightmares? The Talmud in tractate Berachot discusses dreams. It says that a person sometimes dreams of what they thought about during the day.

More Deep Relationships with Family
If the major interests of a family is their occupation with celebrities it detracts from their relationship with their children .. or at least makes it more shallow. When one takes an interest in children, their relationship improves markedly.

So what should one do instead of TV to build relationships?

Get involved with the Torah community together
Do Mitzvas or Kindness Together as a Family
Bikur holim – there are groups and organizations like Bikur Holim that go to hospitals to visit patients there, some that cook for families that Just had a baby.
Read a Kosher novel – that usually have a theme with a positive morale or are educational. Many are available online at Artscroll, Feldheim, etc. One that is an excellent is “Kids Speak” Series By Chaim Walder. Where kids tell their own stories and their trials and tribulations. It can serve to develop a good conversation.
Play board games with family
Learn Torah with family members
Invite a Torah scholar to your house to give a lecture
Say the shema at bedtime for kids. We say Shema two times a day – the morning and at night. A child that sleeps with a shema and nice Jewish bedtime story will also have nice dreams.

Most Torah Observant Jews have No Tv. For the above reason, for the opportunity cost of watching TV and for the negative influence TV has on the kids and family.

To sell ads TV many times appeals to the lowest common denominator. The advertisers get what they want – ratings. It shows violence, disrespectful youth, immorality, and the improperly dressed. There used to be a saying “The street is the street and the home is the home.” TV has effectively brought the street into the home. Is it in the best interest of the child? You decide.

Help Your Children Be Themselves
As a parent our we were blessed with our particular children because we have the greatest possibility of helping them develop their greatest potential – in regards to Torah & Mitzvot. We want them to express their real self – their soul. Limiting TV has the effect of increasing the individuality of the person. He is not influenced to be like a celebrity. He is freer to express his own-self and individuality.

Can’t go cold turkey? Try to make limits. No TV during supper. No TV/Computer/Phone/Ipad between 7 and nine. No TV one day a week. Anyone has the right to turn off the TV at any time for any reason without receiving derision from other family members. This is family time. Little by little you will be able to kick the habit.

I don’t think anyone ever said when the kids we’re moving out or on their deathbed : “Too bad I should have watched more TV.” But many have said… “I wish I could have spent more time with my family.”

Turn off TV. Turn on life.