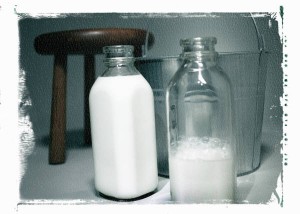 It’s better to give than to receive.

Giving makes you a greater person, for you emulate Hash-m – the ultimate source of giving.

The Foundation of the Torah – Loving Your Fellow
The Mitzvah of Bestowing kindness comes from the Verse “And you shall love your fellow as yourself” (Vayikra / Leviticus 19:18) – One of the great principles of the Torah of which the entire Torah is based.”

A Story on Kindness
Once a gentile wanted to convert to Judaism. He said to Shammai teach me the entire Torah while I stand on one foot (meaning in one moment). Shammai, thinking he was mocking him, sent him away. Then he went to Hillel, asking the same question. Hillel answered “The entire Torah is ‘whatever is hateful to you don’t do to others.’ The rest is elucidation on that. Go and learn.”

Rabbi Akiva said “You shall love your Fellow as Yourself is a major foundation of the Torah.”

Taking Care of Others Helps You Become a Greater Person
Taking care of another’s material need’s helps your spirituality. A Person cannot be a Judge in the Sanhedrin, unless he has had children, because a judge who never had children lacks the requisite degree of mercy that comes from the personal experience of child-raising, and therefore he may not judge certain matters properly – like those of life and death. (Talmud : Horayoth 4b)

Your intentions can increase the reward of the Mitzvah.

Two people, doing the exact same thing can receive different rewards based upon their intentions. When doing your own job the same applies. If you do it to make money that is one level of reward. If your intention is to help others because of the the Mitzvah of doing kindness and you also get paid for it, you get a higher reward.

It is important to know, why one gives.
Is it because you are commanded, it is your job, you are embarrassed not to give, you want to receive honor for it, your heart feels bad for the person or because the person needs it?

It is a higher level to give anonymously than to give publicly.

For an Audio on the Subject : By R. Akiva Tatz click Levels of the Spirit – The Real Giving or look up giving on their site or on Aish.com