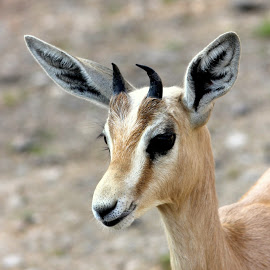 Some think concern for animal protection is a modern concept. Really it dates back over 5,700 years when Adam, the first man, was given laws to abide by.

When Adam was created, he was an almost perfect being. He was clothed in light. Because of his greatness, it was forbidden for him to eat animals. (Adam was the first vegetarian in the world.) He was given 6 commandments to follow.

One more law was given to Noah. Thus he had 7 Commandments – Laws for all Humanity – the Noahide Laws. These universal laws were taught to Noah when he was to re-establish the world after the flood for world peace. (see The Noahide Laws Card)

The 7th commandment is “Ever Min HaChai” – the prohibition of eating a limb taken from a living animal. Meaning, one must assure an animal is no longer alive before taking parts to eat.

Adam did not receive this law initially – because he couldn’t eat animals anyway. When man was given the right to eat animals, this extra law was given.

The Jewish nation has 613 commandments / Mitzvot – one of them being “Tzaar Baalei Chaim” – Not causing pain to animals. We are enjoined not to cause pain even to small animals. (While some spew hatred against people through inciting pogroms or inflammatory words – we are teaching our children to be kind to animals. 🙂 ) Also, to be Kosher, all animals must be slaughtered in a way that causes no pain to the animal – called Schitah. (Thus electrocution, that causes pain to animals, is ruled out.)

Animal Protection Laws and laws of Kashrut (Kosher) helps give sensitivity to a person to not be cruel with animals or other creatures. Being Kosher – we only eat docile animals that have a positive effect on the soul. 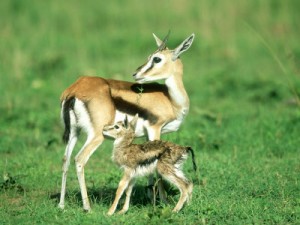 Gazelles are the animals most loved by G-d . . . because a gazelle harms no one, and never disturbs the peace. – Midrash: Midrash Samuel 9 (For more quotes about animals – click here)

Hash-m’s mercy is upon all of his creatures (see Tehillim / Psalm 145 :9) – like we recite every day twice in the Ashre.

Once, on a windy day, the Baal Shem Tov told his talmidim / students to follow him outside. He said “we are going to follow this leaf.” After moving to and fro in the wind, the leaf landed on a small Caterpillar to protect it from the elements. He said “you see Hash-m has mercy for all of His creatures.”