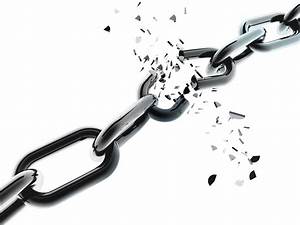 I was speaking with my uncle from Madrid, Spain. We were talking about the parasha / weekly Torah reading of Hukat. It talks of the Para Aduma / Red Heifer that purifies the impure.

It talks of Healing – through looking at a snake. The Jews were being bitten by snakes. To be cured – they looked at a large copper snake. The object of their ailment was part of their cure. One major principle in medicine.

It talks of the death of Ahron, haCohen / the High priest. Men and women cried when Ahron died. He used to make peace between people and couples. He would go to one upset party and say your husband feels terrible that he hurt your feelings. He went to the husband – and said the same thing about the wife. When they saw each other they would make peace. Ahron knew that making peace was not based upon logically explaining the other’s position. A quarrel is an emotional discord – not a logical one. So he healed feelings with feelings – by sometimes stretching the truth to make peace.

I told my uncle – how can we apply it to ourselves. We let things pass. Let things go or not bother us. It’s not ignoring a problem – but giving people the benefit of the doubt. Not taking things personally. Looking at the other’s point of view. Not being hyper sensitive. Having a healthy level of self esteem.

Somehow he told me a story about in a forum of around 600 people in a university in Spain they had a debate. Someone chided him and said why do the Jews deserve to be called the Chosen people. He replied – we Chose to represent the Ethics of G-d to the world. For that we were persecuted by others – because people don’t like the goodie goodie – he reminds them of their ethical failings. We took the hits for other people’s lack of ethics. If a person wants to be a part of the chosen people – he can choose to do so. He or she can convert – but with taking this status comes responsibility. People applauded his answer and candor.

He mentioned to me something that I overlooked in Judaism. We regularly mention the exiting from Egypt in Judaism – that G-d with a strong arm took a once slave nation from a mega-power nation.

Though we became subjugated to Hash-m / we became a people with free minds, free choice and free of personal addictions and vices.

Torah is what will free you.