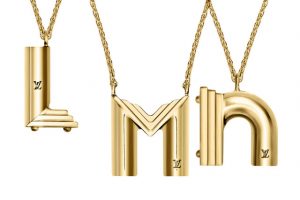 Just recently a Rabbi said a “Dvar Torah” that enlightened me of the reason. He received photocopy of an essay from a Book from the Herzog Research Group about the subject of the origin of language of Latin. He gave me a copy. The book is called:

The Rabbinical sources of the origin of the Latin language

It says that comparing – the Hebrew alphabet to the Latin Alphabet English it is clear that the Latin came from Hebrew.

Here are Hebrew letters that correspond to English

The document says that eL eM eN are names of Latin letters that are actually words in Hebrew.

The document explains a verse in Ovadia 1:1-2 – which says:

The prophecy of Obadiah. We have received tidings from the LORD, And an envoy has been sent out among the nations: “Up! Let us rise up against her for battle.” Thus said my Lord GOD concerning Edom:

I will make you least among nations, You shall be most despised.

Rashi on Talmud Avoda Zara 10a states- The Romans writing and language comes from another people. Even their books were written by others.

Rabbi Yehuda Ben Barzilai from Barcelona (who lived around the 12th century) – writes in his explanation of the Sefer Yetzira.

…all their language came from one (some say another) pen.

Also you find that there are 23 letters in the Latin Language. The 3 middle letters surrounded by 10 letters before and 10 after them – are EL, EM, EN.”

EN – in Hebrew means “Does not have”

“The Message “G-d does not have a mother.”

“For the creators of the alphabet – since they knew that there was no substance to their [the Roman’s & the Church’s] ideas – wrote our [the Torah’s] truth – to publicize and contradict the lie that is lacking, without sense and they call god – one who is a man. Therefor they came and placed them [those letters – L,M,N] to contradict all their errors – and to tell the truth with those three letters – that He [G-d] has no mother – and that is [what it means] A mother of G-d, there is not.”

The Author Brings another source of Rabbi Meir ben Shimon Hameili – from Narbona in his sefer Milh’emet Mitzvot:

Behold in the Letters it is written L, M, N. “G-d, a Mother, He has not.” Behold the [Torah] Sages that instituted the letters- that it is not proper to believe and say that G-d has a mother. This is a great allusion against the their faith that according to what the nations believe in their faith.

The question – the Author of the essay asks – is that why did the author of the alphabet write the message in Hebrew?

He brings another source – written in 1705 by Yohanan Yaakov Holdrikus – in his book.

The sages were put on an island. They were forced to write a language that promoted the laws of “J.” They wanted to allude that all the laws that they were commanded to include were all falsity – so they put a Message into the whole Alphabet.

They made a statement in the meaning language’s letters names.

This is their message:

EF – Ayef in Hebrew means he was tired – [since his children believed in “J.” or because he went hunting] . עיף

[their mind was blasted]

Because G-d Has no mother

wx – ma’akesh – he was stubborn

yz – Yazid – and was intentional sinner

[like his father Esav – who ate bowl of stew.] [from his brother Jacob who bought his birthright for a pot of lentils].

The message above is consistent with our Torah sources. The Church censored the the Talmud. The Jews collected the censored parts and put it into a book called – H’esronot HaShas / חסרונות הש”ס / The Omissions of the Talmud. It includes the story of “J.” (in Talmud Tractate Sanhedrin) The story about him says the same thing as the message  that he was an inciter to idolatry and committed 5 cardinal sins – one of them denying the existence of G-d.

The True G-d is in the Word G-d

7 Noahide laws exist for all gentiles to learn what G-d really wants for a person.

The Shulchan Aruch is the Jewish Code of law – telling us the laws from the Torah for Jews.

There were no lower case letters at first, and K, Y and Z used only for writing words of Greek origin. The letters J, U and W were added to the alphabet at a later stage to write languages other than Latin. J is a variant of I, U is a variant of V, and W was introduced as a ‘double-v’ to make a distinction between the sounds we know as ‘v’ and ‘w’ which was unnecessary in Latin.

1 thought on “The Secret Message in the English Alphabet”