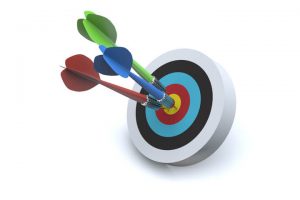 Rabbi Hanania ben Akashia says “The Holy  One – Blessed be He – wanted to give merit to Yisrael – therefor he increased the Torah & Mitzvot – as it says “Hashem – because of his Righteousness – increased the Torah and made it mighty.” (Pirkei Avot 6:11)

Some explain this as – G-d wanted a person to observe more mitzvot so he gave them a greater quantity of Mitzvot. The Rambam – Maimonides explains – that G-d gave a person a greater choice so that they could choose one mitzvah to do with the best quality.

If one does one Mitzvah to perfection – he or she will be able to receive a portion in Olam HaBa / the World to come.

Rav Shaked Bohdana explained in a Shiur / lesson that the key word is “Meyamay” / in all my days. In the Talmud – we have Kimchit that had 7 Chief Kohens . Cohen Gadol serve in the Beit HaMikdash / the Holy Temple. What was her merit? She responded “In all her days she never let the wallls of her house see her hair uncovered.” (Talmud Yoma / 47a) Meaning she was exemplary in the trait of being modest / Tzanuah. Rabbi Hanan

Rabbi Adda bar Ahava lived long. The sages asked what was your merit that you have long life? He responded In all my days I was never never angry in my household and I never walked in front of a sage that was greater than me. (Talmud Yoma / 47a)

Rav Bohdana mentioned that doing a good need regularly applies not only to a mitzvah from the Torah or From the Sages – but to a good character trait – like we see from Rav Adda bar Ahava.

Consistency is key. When we find a mitzvah that we feel is particularly important – doing it to perfection will give us great merit in this world & reward in the next.

Two small points: One – because we do one mitzvah to perfection – it does not mean that we neglect the other Mitzvot.

Secondly – we should assure that something is a mitzvah from the Torah according to an competent Orthodox Rabbi before we take upon ourselves something that we feel is a Mitzvah. Someone might think giving out cigarettes or encouraging people in a certain way of life is a Mitzvah – it might be just the opposite. Get things clear before you start.