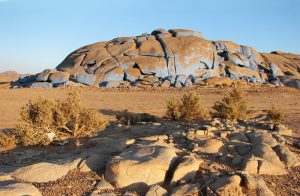 Moses or Moshe Rabbeinu / Our Teacher – was the ultimate leader. He was a king of Ethiopia. He confronted Pharaoh to let the Jews out of Egypt and initiated plagues against him. He led the Jews out of Egypt. He negotiated with G-d / Hash-m to save the Jewish People. He Fought wars against Amalek and other Enemies of the Jews. One of his most challenging tasks was to Judge and lead the people of Israel for 40 years in the desert.

I recently heard a Shiur / Lecture of Rabbi Meir Eliyahu. He said the secret of Moshe’s success is found in the words : Hazak VeEmatz / Be Strong and Resolute – (in Devarm / Deut 31:7) – when Moshe is transferring the Mantle of leadership to Yehoshua / Joshua:

Then Moses called Joshua and said to him in the sight of all Israel: “Be strong and resolute, for it is you who shall go with this people into the land that the HASH-M swore to their fathers to give them, and it is you who shall apportion it to them.

These are the qualities that successful leaders have:

H’et – H’ochma – Wisdom and Haritza – effectiveness. It is not just any wisdom – it is Torah wisdom. Torah gives a person wisdom to deal with people and all situations properly. Torah is the thought’s of G-d. Thus after thinking a situation out according to Torah Hashkafa and wisdom – a person makes more intelligent decisions. Effectiveness comes from getting things done – Moshe wasted no time to implement decisions.

Zayin – Zerizut – alacrity / quickness. When Moshe received the commandment to make refuge cities – he quickly established them – even though they were only to be used many ears later. He did not push off the war against the Midianites – even though he knew he would die after the war ended.

Kuf – Kedusha – holiness – When a person is holy – according to Torah – he is able to see things the average man will not.

Vav – Vatranut – yielding and overlooking slights – Moshe overlooked slights to his honor and opportunities for advancement to make peace.

Aleph – Amitzut – Strength / Resolute – Moshe was resolute to do something when he made a decsion to do it.

Mem – Metivat Ishit LaTzibur – Doing personal good for the congregation / Metinut – thought Out and deliberate – Moshe’s primary interest was the good of the congregation – not his personal popularity in the public’s eyes. His concern was to find favor in the eyes of G-d and man. He did not seek votes – seek the lowest common denominator of morality to get approval. He had and lived by the standards of Hash-m & His Torah – and sought to bring people up to those standards.

Tzadi – Tzadik – being righteous – Righteousness is a trait that helps a person keep their position. How many people have fallen because they took bribes, or worse holding a public office.

Moshe was the most humble of all men – yet he was the ultimate leader.