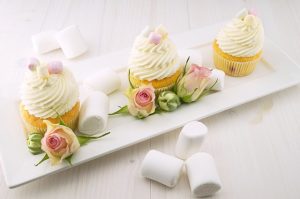 A sweet talker – in common vernacular – is someone with an assured and ingratiating manner. they are called a charmer or a flatterer. A person who professes beliefs and opinions that he or she does not hold in order to conceal his or her real feelings or motives

The Three Weeks – Between the Difficulties

The Three Weeks between the 17th of Tammuz and the 9th of Av is a difficult period for the Jews and the world. This is the period when the Babylonians & the Romans attacked and destroyed the First and Second Beit Hamikdash / Holy Temple in Jerusalem – respectively.

This period of difficulty was initiated in the Hebrew Year 2448 when the Spies – in the Dessert at the time of Moshe Rabbeinu / Moses Our Teacher –  return from 40 days in Israel with evil reports of the Land of Israel. Jewish people cry in despair, give up hope of entering the Land of Israel. G-d says to them since you cried in vain I will give you a reason to cry.

Build Your Faith in Hash-m & Yourself to Overcome Suffering

My cousin – a sweet young soul – passed away at the tender age of 28 – right before this 3 week period of difficulty. He talked sweet – but was not a sweet talker. He was sincere, shy and kind. He was careful about his words – he used words that would not hurt, vex, sadden or offend people.

Rabbi [Yehuda HaNasi / Judah the Prince] made a feast for his students, and brought before them tender tongues and tough tongues. They began to choose for themselves the tender tongues and left alone the tough tongues. He said to them, “Know what you are doing! Just as you are choosing the tender [tongues] and leaving alone the tough ones, so shall your own tongues be with one another. Therefor Moshe warned Israel, ‘and when you sell goods… [you shall not wrong one another]’
Vayikra Rabbah 33

Emmanuel – my cousin – “could not say no.” he was so sensitive to people’s feelings he didn’t want to make them feel badly by insinuating rejection of a request.

We can learn from Emmanuel Issachar to lift up people. Any person you meet – Don’t spare kind words. Don’t spare your smile. Lift them up. Lift yourself up & you can better lift others up. Lift up others with you.