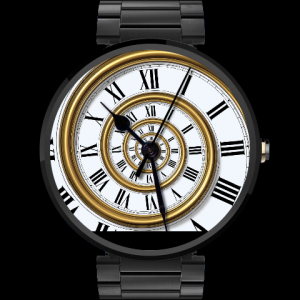 I Overheard the Rabbi in synagogue teaching “Michtav MeEliyahu.” In English it is Called “Strive for Truth.” A Sefer / book by Rabbi Eliyahu Dessler. He was talking about the influence of the Jewish Months.

Time in Judaism is not a straight line – it is a spiral. Imagine a spiral. in the middle is the beginning of time. Each complete single spiral represents the Jewish year. Draw a circle around the spiral. Make 12 slices – as you would in a pizza (instead of 8 slices – 12 slices). Each slice has a particular influence in the world. Each slice is a Jewish Month. Each Slice represents a particular influence on the world. As the spiral goes outwards we grow.

He asked “Why do the Zodiac signs – start in almost the middle of secular calendar months? He  mentioned that really Astrology / the Zodiac signs correspond to Jewish months – which are months based upon the moon – a lunar calendar adjusted to the Solar Calendar.

Mazal is the astrological influence.  Adar (Pisces – the sign of fish) – the month of Purim – has good Mazal for the Jews. Haman thought he could persecute the Jews in that month – because he thought Jews would be occupied eating – because fish eat other fish. Nissan – the Jewish Month when the Jews were freed from Egypt – has an influence of freedom in it. The Purity of the Young Girl – Virgo – is the Month of Elul – when the Jews do teshuva (repent) for their transgressions. It  is the Month before Tishrei. Tishrei – the month of Rosh HaShana – is when the people of the world are judged. Thus the sign for Tishrei is the Balance scale because it represents judgement. The Flood of Noah occurred in Cheshvan – the sign of scorpion – because scorpions are water resistant creatures. (Rokeach Bereshit 7:6-13)

There is an excellent set of Sefarim / Jewish Books called – “The Midrash Says” – which explains the stories of the Torah. Their Passover “Little Midrash Says Haggada” (p.97) – has a list of the Mazalot. It explains that when the sun is found in a particular area of the sky where a pattern of stars is found – that has an influence over events. Hash-m causes the monthly Mazal to influence events in the world. The Egyptians picked up on this and worshiped that constellation. Hash-m told the Jews to sacrifice the lambs – as a test of their faith – in the month when the lamb constellation was strong – Nissan – to show to the world that it is only Hash-m / G-d who has power over the Mazal. Nissan is the Month of Passover.

Jews are above the Mazalot. Meaning with prayer and actions they can change what may be destined for them.

If a person wants to look into their Astrology information – it is better to go to a person who follows Torah – who is knowledgeable in the matter. Some horoscopes are just made up by newspaper writers and people who are not versed in true Astrology. A person should also seek what is the Jewish law before consulting astrology, fortune tellers, hand readers, etc. – because fortune telling, soothsaying, magic, witchcraft, etc is forbidden by Torah for Jews & Non-Jews – according to the 7 Noahide laws of the Torah for all people of the world.