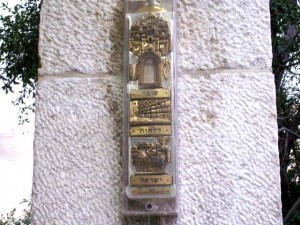 Checking the constellations through astrology is a science recognized by the Torah. Obviously one should consult an Orthodox Rabbi if one is interested in consulting astrology – many occult practices are forbidden by Torah.

Once Shmuel and Ablat – an astronomer – were walking together. They saw people going to a lake. The astronomer read one person’s stars and said that he would go but not return for he would be bitten by a snake. Shmuel said the man was going to live. At the end of the day they found the man alive. They checked the pack of the man and found a dead snake chopped up.

Ablat asked how Shmuel knew that he would not die when the stars said the opposite. He explained that Jews are above Mazal / (Fate). Their lives path are not determined solely by fate. If they do a Mitzvah – their fate can be changed.

The Rabbi asked the an “was there any Mitzvah (Commandment or Good Deed) that you did today?” He replied “Yes. At the lake we decided to put all our food together and then divide it among us. One man was embarrassed because he had no food to contribute. I pretended to take bread from him and put in my portion.” Shmuel told him “You did a good deed.” The good deed saved his life. Shmuel then Taught giving Charity saves from death. (Talmud: Shabbat 156b)

Recently, my brother-in-law was having apartment problems. A lady in his building was complaining that they made too much noise. She complained to the neighbors about her made-up complaints. She even had a petition signed throughout the building to evict them. They were innocent of the charges but she continued to harass them.

He also not long ago had damage done to his eye. Someone threw an object at and it hit his eye.

The Mezouza is what a Jew places on the front door. Inside the case of the Mezuza is the Shema Yisrael (Hear Oh Israel, Hash-m is Our G-d Hashem is One) written on Parchment. The Idea of the Mezouza is that Hash-m (G-d) places his divine protection of one who places a Kosher Mezuza on the doors of their house. It is a positive commandment from the Torah. Hash-m guards the house of the person who has a Kosher Mezuza.

When my Brother-in-law checked his Mezuzas, he found one parchment in which two words were partially erased in the Shema – Beitecha – Your House and Einecha – Your Eyes.

Someone gave me a possible explanation – “The Mezuza offers protection for a house. If words on the Mezuza are erased the protection regarding those words is lacking.” Makes sense.

It also makes sense to have one’s Mezuzas checks regularly – like once every two years – by a reputable Sofer. Recently I sent Mezuzas of someone – who had certain problems – to be checked. Out of 5 One was Kosher. One was not even written on parchment it was written on paper.

When purchasing Mezuzas one should assure that they are purchasing from a Honest, reputable Sofer Sta”M (A Scribe who writes Sepher Torah, Tephillin and Mezuzot). If one wants to know who one can trust – email us.