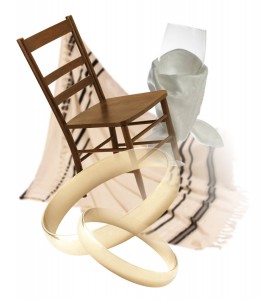 When I first went to a Yeshiva in my mid-twenties, I was intimidated. I entered into the big learning hall and met an elderly, but sweet Rabbi, Rabbi Zecharia Mines. He was patient and humble and inquired about my background. His outlook was that anyone who was truthfully interested in learning Torah sincerely could enter his Yeshiva – regardless of their skills in Torah learning. The desire to learn was almost the only prerequisite.

His students included unique individuals that came to Torah Judaism on a wide variety of paths. One student was a soon to be convert to Judaism, whose father was Jewish, but his mother was not. His interest prompted him to search the internet about authentic Jewish sites – like aish.com and others. Then he met Rabbi Mines and started learning in his Yeshiva. He continued his studies until he became a Chassidic Jew.

Rabbi Mines had a student that was a Harvard lawyer, a high school valedictorian, people that went on to becoming Rabbis and others. One thing about Rabbi Mines method of teaching Talmud was that he did not provide you with answers, he discussed issues with you until you pulled out satisfactory answers.

It was more open minded than I expected. I thought in the Yeshiva it would be teaching me specifically what to do, but I learned that in a Yeshiva, besides teaching Jewish laws, it teaches a person how to think.

To arrive at truth, one asks questions. A real truth seeker will not settle for a brush-off answer or a clouded answer. They want to get to the bottom of things. To get satisfactory answers to questions they have.

One of the Things that I learned in Yeshiva is that you must clearly define your terms. Let’s discuss the term open-minded. Some think open-minded is to be able accept any value regardless of its value. That is not open-mindedness. That is degeneration.

Open mindedness is the ability to discuss the deeper aspects of any point.

Close-mindedness is to have an agenda and not listen to any points of view except one’s own.

In the Yeshiva, a valid question would be discussed to examine almost every facet of the question – until we would come to a consensus about the conclusion. It is possible that the Japanaese auto industry learned their Quality Assurance Methods from the Yeshiva – that in order to develop a quality product – you meet until you are able to achieve a consensus. But that is another Topic.

People who seek spirituality are of three types – Experience Seekers, Truth Seekers or Agenda Preachers. Most Missionaries I have met are basically not interested in truth. They are interested in preaching their agenda. Their reasoning is turned off and they spew out what their mentors taught them without giving the matter much thought – sometimes sounding like a broken record. (Not one has answered me how the basis of their religion does not transgress the Second of the Ten Commandments – not making an Image of G-d.) Many Politicians, salesmen and other people follow the same pattern as well.

The Experience Seekers look for a satisfying experience – it doesn’t matter if it makes no sense, as long as they have a good time that is what is important to them. This is unfortunately how many fall into cults.

My Rebbe, Rabbi Mines said to let the heart follow the mind, not the mind follow the heart. First assure that your way of life makes sense, then use your heart to follow that path. Don’t first follow your heart and then try to determine if it is the right path to choose. By that time it will be too late to make an unbiased decision. Like a person who first “falls in love” then they must decide if the person is right for them. It is more intelligent to think out if the person has the qualities that you seek and then “fall in love.” Unfortunately, people who fall prey to abusers are usually in the first category.

Some missionaries are interested in finding Truth. I met two former Missionaries that did find truth – Judaism. One is Rabbi Yehuda Peretz and another is Gavriel Sanders.

Rabbi Yehuda Perez, originally Alfredo Diaz, came from Mexico. His father was interested in spirituality and tried all kinds of religions until he founded a church. His sect had great respect for Jews. His son, Rabbi Peretz, started on the track to become a Pastor. At one point he was reading the bible. He had questions regarding the discrepancies in the Bible. He tried comparing different versions of the Bible to find his answers. He didn’t find his answers. He found out that the versions differed markedly between one and the other and between the original Hebrew texts. He was not satisfied with the answers.

So he prayed to G-d to help him find the truth and the answers to his questions. Shortly after he met a Jewish person and was enthralled. He started asking his questions to the simple Jew and he answered them satisfactorily. Alfredo, was greatly impressed, and learned that the answers to his questions were found in what the Jewish man called the Oral Torah. He kept on asking questions that the man deferred by suggesting that Alfredo ask some of the orthodox Rabbis in Mexico.

Alfredo continued his search for truth until he finally converted to Judaism. He Moved to Israel and married a Jewish woman. He continued his Jewish studies and Became and ordained Rabbi. Now he is Rabbi Yehuda Perez.

Gavriel Sanders was a missionary and eventually became a minister. He would work trying to convert people to his faith.

He knew the verses. One day he was stumped. He found that his bible translated a term improperly. He decided to compare the English versions of the “Bible” to the Hebrew version. He started doing research and found that many verses in his English Bible were misquoted, or quoted out of context or just plain made up.

He started asking questions. He kept questioning to arrive at the truth. Finally His search brought him to learning about Judaism. He eventually converted to Judaism through an Orthodox Rabbi.

Messiah & the Search for Truth

G-d wants us to search for truth. Eventually the world will come to the point of recognizing the truth of Judaism. But in the meantime it is hidden.

Events of the world signal that the time of the Real Messiah is very near. The Torah contains the prophesies of what will happen. The Torah is the only document given by G-d to a nation of millions of people, who actually heard G-d speaking, and transmitting the Torah. The Torah didn’t change. The laws Didn’t change. G-d didn’t change “His Mind” either.

Gentiles that are sincere would gain by following the seven Noahide laws. Jews would also gain by following the Torah’s halachot / Jewish Laws. Apparently, these are the people that will likely be saved in the event that a war will break out among the nations of the world and Israel – as predicted in the prophesies of the Tanakh – the Five Books of Moses, The Prophets and the Writings.

One interested in real truth – can read the Kuzari – in which the king of Kuzar summons three people to represent their religion and explain their point of view in a logical, coherent manner. In the end the Kuzari did convert to Judaism. But a gentile need not convert to Judaism to receive a portion in heaven – they Just have to follow the Seven Noahide laws from the Torah.

In Torah it explains all the secrets of the world. One question that many ask is – if Judaism is the true religion so why does G-d allow other religions to exist? The Torah answers that Before People were idolaters. People needed to learn about the concepts of the Messiah so that when he will actually come people will recognize him.