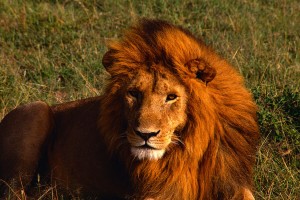 There is a pleasure that some have overlooked lately – for it has taken a backseat to the entertainment industry. The pleasure of thinking.

Go to the Beit Hamidrash / House of Study in a Yeshiva to see partners debating fine points in the Talmud. They question their partner’s point of view, their initial understandings and even their own point of view to determine whether they make sense or not. They ask “is it logical?” The Talmud is the ultimate masterpiece of logic of all time.

When falsity exists people push questions under the rug. The truth is not afraid of questions.

At times, people would rather stick to their guns and accept things absurd because it interferes with their pleasures or their lifestyle.

This is not the way of Judaism. Judaism is open-minded in that it discusses all matters of life and delves into finding the truth of ethical, philosophical and legal issues.

All issues are evaluated thoroughly to assure that all the ends are tied.

The question we’re treating today is : Does Evolution Makes Sense?

It’s a very important question to ask because children in schools are are indoctrinated (… oh, sorry, that wouldn’t be politically correct …) I mean taught it daily – without protest or the bat of an eyelid. Respected Scientists and news media take it for granted, they quote – “a new incredible fish was discovered that is covered with eyes …” – a wonder of billions of years of randomness??!

Let’s look at it in a mock conversation that illustrates the point of view of evolution according to evolutionists:

The first two amoebas in the world were talking together.

They got into an argument.

Amoeba A – “I’m telling your mother”

Amoeba B – “I have no mother – I was formed through random molecules that just happened to form me and my perfect DNA Helixes. so what are you going to do now – you one celled creature

Amoeba A – “That’s interesting the same exact thing happened to me. What a coincidence?! You better apologize – because if not in a billion years i am going to become a lion and you will will see.

Ever think of the following…

If the first amoeba was formed through random molecules – it wouldn’t be alive. It would be a physical object like a chair without life.

The probability of a random creation of actual bacterial product is greater than 1:10^120 (1 with 120 zeros following it) (text 2001principle.net site) Would you bet a million dollars on a horse that had those odds of winning?

Perfect DNA strands that are similar in all life forms formed by random molecules?

Where did these molecules come from? Who created them?

Do Amoebas have a will to evolve?

Do inanimate cells have a will to form into different parts of the body?

Can something physical have a will? Or can a chair want something?

What is the physical difference in something that is living and dead?

Can uniformity and beauty in all nature come from randomness?

What about a perfect balance between the whole natural ecosystem?

What about all the other creatures in the world, their existence and development – through randomness?

Perfect interaction between male and female genders through randomness?

Creation of a male and the perfect counterpart – the female – with randomness?

The conception, incubation and birth process perfectly coordinated through randomness? 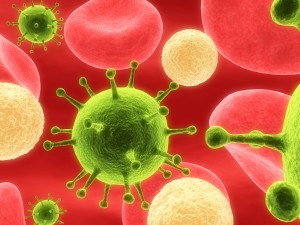 Einstein knew this scientific problem. He said “G-d does not play dice with the universe.”

Darwin himself – said that his theory is difficult to accept because the complexity of a human eye cannot be explained by randomness.

So some scientist will say that aliens came from outer-space to plant seeds here. So where did the aliens cells come from? And their seeds? You have the same question.

Still make sense to you? Draw your own conclusion – you are intelligent.

The lost art of thinking.