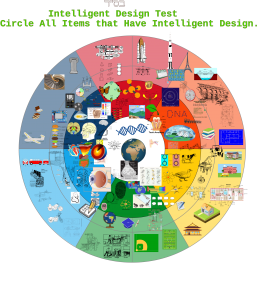 Belief in G-d is logical.

You have two choices to explain the existence of the world:

1) The World was created by a Highly Intelligent Creator that keeps it going daily.

2) The World was formed and continues to function through random atoms and molecules combining in perfect formations every single second.

It seems that Solution One is much more logical. The World shows Intelligent Design.

Agreeing with solution two is slightly akin to one saying he put plastic and metal in a blender – and an iphone came out – operating system included – with the latest apps and updates.

But people who already convinced themselves of non-belief in G-d for any reason – like, they would prefer not to know that G-d exists because it would put a damper on their pursuit of pleasures – unless, they are very honest & seek truth – would be hard to convince. They already made up in their mind they don’t want to believe.

What’s the problem with atheists? They are doing bad to themselves – because they could reach a higher level of reaching their potential if they did believe.

I was talking to someone and they told me that a rabbi found a different way to convince the non-believers of belief in G-d. He shows them nature. He explains that nature is a manifestation of G-d’s ways. By experiencing nature – you experience the greatness of G-d in a tangible way.

Bring them on a hiking or boating trip. Bring yourself on a nature trip and appreciate the wonders of G-d.