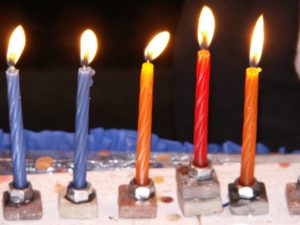 The Four Elements in Personality of a Person

A man is composed of Earth, Water, Air and Fire. People’s personalities are a combination of all of them. You have:

People like water – fickle or unstable or go with the flow.

People that are down to Earth.

Each one of us has some of these traits.

The personality is a combination. Some have more of one than the other. I think I am of the down to earth kind.

Each element trait can be used for good or bad.

That is our goal in life. Using our personality and talents to do the greatest possible for the World.

The Guide to Reach Success

G-d gave us the Torah to reach that potential.

Nothing else will do.

Here are proofs that the Torah is the true path to Success.

A rich man – who beats his wife? Successful as a person or not? Obviously not. The Torah prohibits lifting a hand against another. An woman Executive who is a tyrant at home? Successful or not? Obviously not. The Torah says not to be a tyrant at home. A wealthy young millionaire – who spends his time texting rather than helping others around him? Successful or not? No. The Torah teaches the value of helping others. A middle class person – who raises a family with good values. Successful? Yes. The Torah teaches us the value of being a good person and transmitting it to our children through a Torah education.

The Problem of Religious Stereotyping

I met many people. Some shy away from religion. Some don’t want to here about it. Some want to convert you. Some are open minded. Some are thirsty to learn. Some will cross the street when they see you.

I can see all their points of view. I myself find organized religion – lacking to say the least. Worshiping a man – doesn’t make sense to me. Worshiping objects also is irrational. Killing innocent people in the name of G-d is also unbearable to support.

The problem why many shy away from Judaism is because they throw all religions in a pot – including Judaism – and reject all.

Judaism is not a religion. The Torah is called “a Tree of Life”. What are the fruits of a tree of life? Life. Torah is life.

Judaism is based upon the laws of the Torah. The Torah is the only divine law that was given to a people, by G-d himself, in which millions of people heard him speaking. Compare that to any other religion. Many say – this person had a vision or a dream or a prophesy. That cant be compared to millions of people personally hearing G-d speak to each one of them. No vision. Millions actually witnessing and hearing the transmission of a Divine Law – the Torah.

Will the Real Law of G-d Please Stand Up

The first step in becoming smarter than others – is to recognize the true law of G-d – the Torah. Defining Smart as being ready, willing, able and active in achieving your potential in life.

Someone asked me – “If you could do any transgression, and not be held accountable, what would you do?”

I thought about it.

Not that I was not tempted. But the Torah teaches that a person only sins if a spirit of folly enters into them. It basically means that any transgression will lead you farther from achieving your goal and potential in life.

If I was to follow transgression – I wouldn’t be true to myself, my goal, my purpose and my ability to help others. Instead of achieving my goal, I would be following after futile pleasures and be left with nothing. Achieving nothing – like dust in the wind.

See the difference between Yaakov / Jacob and Esav / Esau. Jacob followed after Torah. At life end, He had a beautiful family – children, grand children & great grand children following in his path of wisdom, exceptional values & being models of those that represent the G-d that his father discovered. People of the world would believe in G-d because of them.

Esav, on the other hand, who followed his passions, had many Generals, armies and much money. But what did he do for the world? Nothing great. Came after him, his way – was the Greek culture. Look at external beauty – but it’s no problem to be rotten inside.

This is the victory of Hanukah. The victory of values over external looks. Being good rather than following after dead-end pleasures.

I deviated many times from the Torah path, unfortunately. Every time finding, I am not achieving. Just churning water.

Your Most Important Asset

I never was too religious. Pain was my motivator to get me to think. After many years, I found that your most important asset is your ability to think. Your mind should be in control of your emotions not the other way around is what my Rebbi used to say.

G-d had to give a way for people to determine the true law of G-d. it must be simple enough for the average man or woman – be able to determine what that law is. Otherwise only smart people would be accountable for transgressions. We are all responsible for our acts – whether we are smart or average.

The way for one to find G-d is through rationality

G-d, our Father, like a human father – wants us to be successful. If one thinks things out he will be able to come to the conclusion that Torah is the true way of G-d and thus success. How? By asking four questions and answering them rationally.

In short here are the answers:
1. Yes. Rationally, It doesn’t make sense that random atoms formed the world and nature.

2. Yes. Rationally, It doesn’t make sense that G-d created a magnificent world to allow others to destroy it.

4. No. Rationally, It doesn’t make sense that G-d, who knows all, is omniscient – knows past, present and future, is the most intelligent existence, will change his mind about His laws.

Once one has accepted this train of thought – now one can propel himself through life on a different level. Following the laws of Torah will help a person become a well-balanced, productive, kind individual to reach his personal potential in helping others.

There are three words that help a person to reach his potential. I learned these words the hard way. Through suffering. I believe the suffering was imposed upon me – possibly for my past failings, lack of concern and consideration for other people. But the sufferings woke me up to a new world – to focus on doing good to others, looking at the good in others, being concerned for others – rather than my personal pleasures and whims at the expense of others.

Every day is another opportunity to grow. Every day I try to improve. It’s a never-ending process. Sometimes I take a step back – but at least I know I am on the right path. It is a process of going up and down – but the trend line generally goes up.

What are those three words?

A man is full of temptations. He is fickle. One interest drives him here. Another in another direction. But having Torah as a guide will help a person keep his eye on the ball. Even if it is not convenient. Even if it is not comfortable. People don’t like to change. But by changing for the better one becomes the real You. Becoming a better you is the path traced by the Torah.

If you don’t know what is good – ask an Orthodox Rabbi. Look in the Shulchan Aruch if you are Jewish. Look in the 7 Noahide laws from the Torah if you are not. But Use the Torah as a guide, Pray to Hash-m to help you find the right path and follow it – and you will go far.