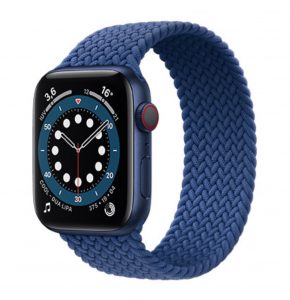 That is the statement. The Repercussion – that G-d created the world.

Some are fighting it. They would rather accept the illogical than to accept logic.

Does the world have order? Yes.
Example : The Animal kingdom, the Plant kingdom.

Does the world have structure? Yes.
Example the Sun comes out every day due to the Earth revolving on its axis. The moon revolves around the earth.

Does the world have growth? Yes.
Animals grow. Plants grow.

Does the world have function? Yes.
The sun functions to provide light and vitamin D to plants. The rain Irrigates the world.

Does the world have interaction between parts? Yes.
The Human body systems interact together.

Does the world have interaction between different beings? Yes.
Males and Females – though are two different types of beings – interact together to be able to reproduce.

Does the world Have Reproduction? Yes.
Animals, Humans, Fish, Birds all reproduce.

Does the world have Prediction? Yes.
One can predict that something will happen. You can predict where the sun will be at a certain time during the day.

Does the world have regularity? Yes.
The earth rotates around its axis every 24 hours.

Does the world have continuity? Yes.
One plant or animal will help to create another of its species.

Does it have stored information? Yes.
DNA stores information about creatures.

Does it have laws of nature? Yes.
Gravity will pull an object to the ground at a certain rate.

Does it have intelligence? Yes.
Birds can build nests. Ants store food.

Does it have Diversity? Yes.
No two people have the same fingerprints or DNA.

Does it Have relationships? Yes.
Parents care for their children.

Does it have families? Yes.
Families live together to help the group survive.

Does it have Music? Yes.
Birds make music.

Does it have speech? Yes.
Humans can speak to each other.

Does it have communication between beings? Yes.
Animals communicate in various ways with one another.

Does it have energy? Yes.
Fire, electricity, nuclear energy.

Does it have microsystems and macrosystems?
See Nuclear physics and microbiology. See astronomy and earth science.

Does it Have Logic? Yes.
A tree that is watered grows. A ball that is thrown flies.

Does it have kindness? Yes.
All animals are fed on a daily basis.

The Meiri / commentator on Mishna and other Rishonim / First Rabbis  say that the Beit Hamikdash’ / Holy Temple Menorah’s seven lights represent the seven wisdoms. The Rishonim classify them as follows:

1) Tevunah, the ability to understand and draw conclusions.

2) The knowledge of nature – in subjects like chemistry and physics.

3) The knowledge of the soul – or as Rav Aharon puts it, the study of psychology.

4) The knowledge of biology

7) The knowledge of Torah …. which is the most significant branch.

All the lights of the Menorah pointed to the center branch representing Torah. Torah encompasses all wisdoms. Torah is Hash-m’s word and the ethics of the world. Intelligence is possible without Ethics. The menorah teaches – intelligence without ethics – can destroy a society or a person. The Roman empire fell due to its decadence.

Given the above: Does that show Intelligent Design or not?

I came up with a new law of Intelligent Design:

or to make it simple – here is one question:

What Takes More Intelligence to Make –  Eyeglasses or an Eyeball?
– a hearing aid or an ear?
– a dialyzer – or kidneys?

If you take the logic further you can come to the conclusion that Torah is the true law of the world with 4 questions.

Once a secular cab driver in Israel wanted to chide a religious Jewish passenger. He wanted to show the superiority of human intelligence. He showed him his watch- “Do you see this watch – imagine how superior is the intelligence of man – that he made a watch that only loses one second every thousand years!” Unfazed the religious Jewish passenger responded – “Imagine the intelligence of the Being that created man that was able to create such a watch!”