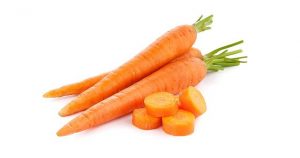 Prices are flying. Eggs – someone told me – doubled their price. Good for you vegans. But for the non-vegans – what to do? Become vegan?

It seems like one of the prophesies of the time of Machiach is revealing itself – wine will be expensive.

The wisdom of Torah is greater than other wisdoms. Other wisdoms will tell you what to do from logic and point of view of the physical world. The Torah will explain what to do taking into account the metaphysical and spiritual world.

We explained before that – there is a physical nature in the world. A spiritual nature also exists. Do good – get good back. What goes around comes around is a Torah concept. It’s called Midah Keneged Midah.

Think of it. It is 180 degrees from what one would expect. If you only think of the physical world – it makes sense to reduce your spending on others. Torah it tells you do opposite. Spend for charity. Spend for the poor. You need two things also. Faith in Hash-m. Belief in the concepts of the Torah.

Obvious you are not obligated to go overboard. 10 percent to 20 percent of one’s income is the recommended average and maximum giving for for charity. What is spent for shabbat, Torah education and yom Tov is not included. Meaning if in Heaven they declared he or she would get 100K that year. They will get it. But if he is going to spend 20K for Shabbat and 40K for Orthodox Torah Day Yeshivas – he will receive $160K.

But let’s bring it down to be able to understand this concept on the physical or material plane. I told some people – an accountant or a bookkeeper should not be a company President or CEO. Why? Because if the company loses money – their obvious advice will be to reduce spending, use cheaper materials, cut corners.

If a person is losing money – check out his tzedaka giving. Obviously you should know what is charity. Someone will say good – I will give 10% to animal rights. Tzedaka has a very specific definition. It is for worthy, needy  people according to Torah, for Torah causes, for hachnassat Kallah – for helping to pay for a Kosher (not just the food) wedding for a couple in need.