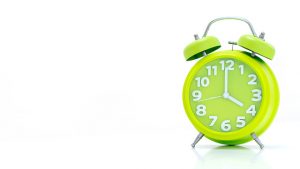 Change is a challenge. People want to do the same as yesterday and tomorrow like today. We have things we know we must change – but we are so used to it – how will we do it?

The four parts of Teshuva / Repentence are :

Opportunities to Clean the Slate – Teshuva / Repentance – 4 Steps of Repentance

2. Commitment – Firm resolve never to repeat the deed. One is forgiven if he or she is in the same situation & doesn’t commit the sin.

3. Regret – Sincere Remorse for Wrong one did. Obviously one has to know what is right & wrong. To know – A Jew learns the 613 Mitzvot or the (Kitzur) Shulchan Aruch / Code of Jewish Law – regulating Jewish life. A Gentile learns their 7 Noahide Laws.

4. Confession – Verbal Admitting to G·d / Hash·m the wrong one did & asking for forgiveness. If one wronged another, ask forgiveness

Why do children not hold grudges & adults may carry resentment? Children choose to be happy over being right. Adults choose being right over being happy. (Tzemach Tzedek) (Rambam / Maimonides – Mishne Torah – Book of Knowledge – Laws of Repentance – Ch. 2 & 4 )

A study on change found two points that can help us change:

Let’s say they are on a diet – and they eat a cookie. So they say “How can I have done that? Now I am going to eat a whole bag of cookies.”

All wisdom comes from the Torah – like it says in Pirkei Avot (5:22) – “Turn it over [the Torah] and Turn it over. For all is in it.” A verse in Mishle / Proverbs (24:16) by King Solomon states: “Seven times the righteous falls and gets up. But the irreligious stumble with one misfortune.”

The path to righteousness is not a straight line going upward. A person goes up and at time falls. Then tries again and goes higher than before and may fall again – and they keep going up. The line of change is like a stock chart of a good stock. It goes up and falls a bit. Then it goes up again and falls a bit. You wouldn’t get rid of a stock that has great earning potential – because it goes down a point or two. Don’t give up on your change if you fall a bit.

It is easier to do something new than to change a habit. A habit is ingrained in a person. After many years of doing the same thing – it is difficult to change. If a person wants to change they can complement it with a new action. If you drink a lot of Soda when you go to the restaurant – you can say – every time I go to the restaurant I will take my friend that annoys me about drinking soda.

Here is one that is related – that was put into my mind:

I used to procrastinate more than I do today. The above is a concept I used to reduce procrastination and become more efficient. Let’s say you like to check your emails. You might procrastinate to write memos. Make a RULE – “Do not check emails – until I write memos.” Stick by the rule.

Change your perspective that it is a privilege. “I get to cook” – I like cooking. I want to cook to help the family be healthy – I get to do that mitzvah! I am helping my loved ones to have a good nutritional meal and be healthy. What a great merit.

I forgot when the snooze button was created – some say 1847. There is snooze button on the alarm clock. There is snooze mode sleep. I have another 5 minutes. When you get up before the snooze – I is easier to get up than getting up after snooze. If you procrastinate – in the beginning of the day – by hitting snooze – it might make it easier to procrastinate the rest of the day.