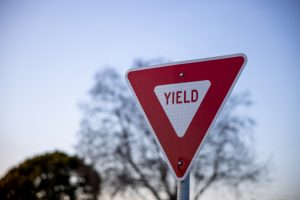 The Shabbat / Sabbath between Rosh Hashana / the New Year & Yom Kippur / the day of atonement is called Shabbat Shuva. The Shabbat of Return.

Hash-m gives us Seven days between Rosh Hashana & Kippur to fix our faults for that day of the year. What does G-d want from us? If we didn’t put on Tephillin, we start putting it on. If we didn’t go to synagogue on time – we try to come on time. Hash-m basically wants us to advance one step further. Take the next Mitzvah upon yourself.

Balance of Good & Evil for Freedom of Choice

In this world – evil & good exist. They balance each other out. G-d did this to allow a person full freedom of choice. One can do miraculous deeds through purity – and one can do magical deeds through impurity – black magic. If only good had the power to do miraculous deeds – people would abandon evil. If only people who did good would become wealthy – people would become good – but not for the right reasons. They would be good to become rich – not because Hash-m told them to do good.

The Jews they were prompted to do the sin of the golden calf – attributing divine powers to a physical object – because the Satan / Evil Force showed them that their leader Moshe Rabeinu / Moses was deceased. They were so despondent they fell quickly to follow after a foreign idol.

A person can fall two ways – the Evil Inclination introduces anti-ethical and anti-Torah ideas little by little. Thus he chips away at a person’s morality – until he or she falls.

Another way is for a person to become despondent and fall very quickly to do evil deeds.

On the other side of the coin – a person can rise very quickly. He can become very inspired or motivated to follow Torah ideals.

Or little by little – through learning Torah, Listening to Torah lectures, attending Torah classes at an Orthodox synagogue – he or she grows slowly.

The Steady Path of Self Improvement and Self Growth

Either method to rise is good. Yet the Torah prefers a person to rise slowly. This helps a person stay the course and continue in a steady path of growth.

Yielding to others (Being Mevater) – for things that go not against Torah is a good thing. We yield to others at times – to create peace. We yield our will to the will of Hash-m – that’s how we grow. Like it says in Pirkei Avot (2:4) – on Doing the Will of Hash·m:

God gives us a tremendous opportunity. Let’s use it to grow.