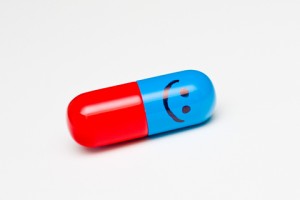 The essence of Judaism is to do good.

When a Gentile asked Hillel to teach him the entire Torah while standing on one foot – he said “What is hateful to you don’t do to others.”

Rabbi Akiva said “You shall love your fellow as yourself.” This is the great principle of the Torah.

Otherwise, every emotion can steer you like a car’s steering wheel

“That man cut me off, let me chase him and rank him out.”

Examples abound. People have blogs that they use to vent their emotions and bitterness because they encountered a negative situation once or more. They feel they are saving society, but they are just venting the bitterness that they inherited once they were hurt. Obviously the person who hurt them most likely was wrong, but now should they guide their life based upon a positive attitude. It is not up to us to judge them, however for ourselves we can understand that living a pro-active life is better than living a re-active life.

I know someone who stopped putting on Tephillin (Phylacteries) because he said he saw a religious man steal. I told him: “It is forbidden to steal according to the Torah. Why do you take it out on your Judaism because someone who did wrong according to Judaism.”

I recently heard a story from Rabbi Eytan Feiner of a wealthy philanthropist. His friend asked why he didn’t give to Yeshivas. He said “I don’t give to Yeshivas because, once when I was younger , my Yeshiva teacher slapped me!” The person who slapped him was in the wrong. But why should the rest of the Yeshiva world lose out from his generosity. And why should he lose out the great merit of supporting a Torah institution, because he remains bitter after all these years?

There is Always Hope for Change

Once there was a self-hating Jew. He would report the Jews to the Roman government and cause them problems. Apparently something triggered in him this bitterness. When the Roman’s wanted to destroy the Beit Hamikdash / the Holy Temple, they sent this man – Joseph to retrieve the precious vessels from the temple. They were afraid to enter themselves. As a reward, they gave him the right to take any vessel he chose.

He went in and took the Menorah of pure gold. The Romans thought that this was too prestigious and wanted it for their empire. They told him to go and take something else instead. He answered “I already angered my G-d once I will not do it again.” He was so enamored by the holiness of the temple, he repented in an instant. The Romans told him to go back in. He refused. Finally he gave up his life sanctifying the name of G-d, for he did not want to desecrate the temple again.

The Talmud says that this person has a portion in the world to come from this one moment of change.

Seeing the Other Side of the Story

Simon Wiesenthal was a Nazi hunter. After the war he searched for Nazi criminals to bring them to justice. He met a Holocaust Survivor that had strayed off the path of Torah and Judaism. He asked him “What’s the matter? Are you angry at G-d?”
He replied : “No. I am angry at one of his people.”
“Why is that?”
“In the bunker I was in there was a Jew that had smuggled a Siddur / Prayer Book into the concentration camp. Rations of food were very scarce. We received a small ration of bread for our daily meal. This man had a precious commodity – A siddur. He gave people the right to use it in exchange for a piece of their bread. People would line up giving up their food for survival for a couple minutes of using the siddur to pray to G-d. This turned me off completely. I thus abandoned everything in Judaism.”

Mr. Wiesenthal turned to him with a sympathetic smile and touch “Du Dummer Yid. / You Silly Jew. You saw the man that sold the use of the siddur for bread, but did you not see all the people willing to give up their bread to use the siddur?”

Taking a positive view will allow you to drive your life based upon what is good for you and the world, rather than letting your reactions to a reckless person drive you.

The antidote to bitterness is to look at the other side of the story. If one person acted badly and most of the others act properly, why take be bitter and take it out on others. Chalk it up to experience. To Overcome Bitterness Talk it out with others and develop a positive view of the world and in life.