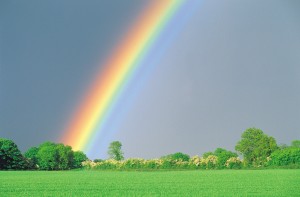 We send out our sympathies and condolences to the families of the victims. We suffer together with them.

Jews are all one part of a body of people. When one Jew suffers, others – even though they do not know the pained personally – also feel the pain.

Backgrounds and geography lose their sense when a brother suffers.

How can we understand such difficult events in the Torah perspective?

G-d loves his creatures. And does not want the death of the innocent.

Not even the death of the wicked.

He would rather them turn back to good.

The angels sung when the Jews were victorious over the Egyptians who pursued them. Many of the Egyptian soldiers perished in the Sea of Reads. But G-d told them that the Egyptians are also His creatures. It wasn’t proper for them to rejoice.

G-d wants the people of the world to recognize Him, for their own good. Eventually they will when the Messiah will appear.

The closing of one’s eyes caused by suffering, results many a time in one opening one’s eyes. If one has a positive outlook, suffering can be a springboard to help a person become wiser in the ways of G-d.

At the march for solidarity in France, a rainbow appeared. In Judaism, if a rainbow appears it is a sign from above that G-d is giving His dissatisfaction with the state of the world. It was a sign given to Noah after the flood to tell him that people must improve their ways.

So what are we to learn from this rainbow?

G-d does not want the death of the innocent. He wants people to recognize that violence against the innocent is wrong – regardless of what race or background one comes from.

We can learn when bad happens to others, it should be a message to us to improve. If we suffered because someone else suffers, in a sense it shows our level – that we are caring people. But it is also a message to us that we have to strengthen our own personal efforts for self-improvement.

A person should not give up on themselves. Because they did bad in the past, they can always start and improve their ways.

To the world, who sympathized with the French community this past Sunday, The 7 laws of Noah, given to him by G-d, for all Humanity, suddenly made more sense.

The Seven laws are :

They are seven major categories – that with their details consist of 30 laws.

5) Respecting the Integrity of the Family – Not to commit forbidden relations.

When the world recognizes the need for these universal commandments for all people because the Torah that G-d gave to the nation of Israel – the only time that G-d appeared to an entire nation – we are one step closer to world peace.

This is what we hope for when the Messiah will come.