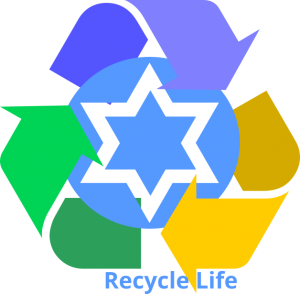 There is no One that does not sin. Really only 4 people never sinned. So if you are not one of the 4 – like me – what can we do when we realize that we didn’t live up to our standards or the Torah standards?

Uplifting Yourself – Regretting the faults of the past

King Solomon – the wisest man in history – says (in Mishlei / Proverbs) – Sheva Yipol Tzadik ve Kam – Seven times does the righteous person fall – yet gets up. Apparently one of the differences between the wicked and the righteous is that the righteous saw that they fell – took themselves in hand and decided to improve. The wicked fell and either said to him or herself – “i’ve fallen and i can’t get up” or let me justify my behavior.

No one wants do do bad. Even robbers justify their behavior – “I am helping to save my family by stealing.”

So they spiral into worse and worse behavior. They lose self-esteem. They downgrade themselves, and society and unfortunately may inflict damage on either.

Torah tells us confront the failing. Apologize to Hash-m. Make a resolution to not repeat it. And stick to it. (see the Jerusalemlife.com article – “starting over – wiping the slate clean in Judaism“)

Some will go to the opposite end of the spectrum. If they faulted through acting inappropriately through drinking – they take upon themselves not to drink. (Drinking liquor is not forbidden in Judaism – as long as it is Kosher.)

Stop The Self Destruction

In the Parasha / weekly Torah reading of Pinhas – The Jews were enticed to sin with the Midianite women. A plague started that killed 24,000 men who were involved with these women. Pinhas – courageously got up and killed the leader who was brazenly defying Moshe / Moses and the Torah. This stopped the plague. It then says “And the plague stopped. [Space in Torah] then it says “Count the heads of the Children of Israel.” The hebrew word for count used is “Se’uh” – meaning lift up.

So the episode teaches us – if a person falls into sin. Stop. Don’t continue and justify the behavior. If suffering occurs – there is a time to stop ruminating on the past and going ahead to improve and to lift your head up. The fact that you want to improve is praiseworthy.

It says in the Talmud (Berachot) someone who says “Ashrei” (Happy is the One Who Hash-m is their King…) – One of the Tehillim / Psalms of David HaMelech 3 times a day is assured of a place in the World to come (meaning a place in heaven). What does this mean – a person who just recites these verses will be forgiven of his sins?

Talking with a friend, I was informed that Rabbi Shimshon Rafael Hirsch – says that the word in Hebrew for happiness –  Ashrei – comes from the root  “Ashur” – which means Acceptance – connotes advancement.

Apparently a person who just chooses to advance and improve themselves – instead of falling into despondency –  will be likely to receive a place in the next world.