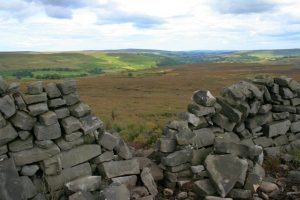 The Chinuch Lessons from Expert Educators

Recently Rabbi Nehemia Gramma spoke at our school’s Chinuch Melave Malka / education Saturday night dinner. The Title or the talk was “Raising Children with Tranquility”. He spoke of what is making kids unmotivated to advance.

Is Only Love Necessary?

He mentioned that many a time parents think that you just “have to love them” That’s the cure-all for all teenage problems. He said two other ingredients are necessary. Setting clear boundaries of what is right and wrong – what is acceptable and not. And thirdly a motivation for personal growth.

He gave examples of how he helped kids who were uninterested in school into motivated achievers. One kid was given all he wanted – but he was failing in proper proper people skilled. The study partner of the teenager was called by the director. He told him to avoid interaction with the kid for he was a bad influence. The teen was to hurt – he decided to shape up – instead of feeling bad for himself. He became a top student.

Education is More than Love

It is true that love is a necessary component in helping the child to grow – but it is not the only one. The other two are necessary.

Love is not giving a child every thing they want. It is giving them the tools to deal with life in a positive fashion. There will be ups and downs – but the child will be built up – not spoon fed.

This is applicable to relationships. Giving without expecting requiring responsibility  spoils the child. Giving them all the gadgets is not healthy for their emotional and relationship development.

Torah is a Venue for Developing Real Relationships

Establishing connections – like spending quality time together is a healthy part of growth and emotional maturity.

The interactions – allows for building people and relationships.

Today’s generation is in a bind. On one hand they crave family ties. On the other hand they are addicted to media and technology.

I once gave a presentation in class. I mentioned that about 94% of households have a TV. I cracked a joke about the 6% of people who did not have one. People laughed.

Introduce a new media – the smart phone – and it becomes a pocket TV.

Let’s put aside the negative aspects and influence of the media these days. Let’s talk about the effect of the media on the family connections. The smart phone has become today’s new baby sitter. The kids are acting up – let me give them the smart phone. Kids are bored – let me put them in front of the TV.

On an immediate convenience perspective – it is a simple way to shut children up or shut them out of your life for a few moments. Yes you have more important things to do. Really? That’s not usually parent’s intention – to shut them out – but kids are smart and understand the message. Parent’s convenience – has sent this message to children. Now parents ask – why are children so distant or acting up? You gave them a machine that teaches them how to act in the street. What do you expect.

On a purely relationship / personal connection perspective when a family watches TV together – it is akin to putting a wall between them. Instead of interacting together – they have a device between them that separates them. Call it a cell phone or a TV – but it separates families. I’d rather interact with my parent than to watch a video – even if the parent put that smart phone in my hands.

Kids crave real relationships. Meaningful relationships – much more than a screen to help them pass the time – without reason or rhyme.