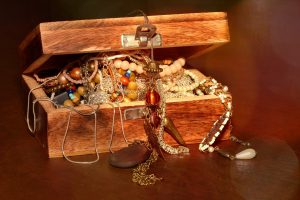 Nachum Ish Gamzu – used to say “Gam Zu Letova” – also this is for the good.

Rabbi Akiva used to say “Kol DeAvid Rachmana leTav Avid” All that the Merciful One (Hash-m) does He does for the best.”

What is the difference between the two statements? One is a higher level than the other. I forgot which is higher – but Nachum ish Gamzu was the Rebbe / Rabbi of Rabbi Akiva – so I would expect that Nachum’s statement was a higher level.

I looked it up and found this on a website:

The Gemara [2] states that every person is to accustom himself to recite “Kol Mah Deavdin Min Shemaya Letav Avdin/Whatever is done from Heaven is done for the good”, as was seen with the story with Rebbe Akiva.  Elesewhere, the Gemara [3] states that Nachum Ish Gam Zu would say Gam Zu Letova. What is the difference between these two statements? The explanation is as follows: Every punishment or act of suffering has an aspect of Chesed [/ Kindness] in its root. A person who finds this Chesed ends up sweetening the Gevuros [/ Aspect of Strict Justice], and immediately turns the the severity to kindness. This was the level of Nachum Ish Gamzu. One however who does not know the aspect of Chesed contained within the severity is to say the previous statement.

We know the stories – once a King or Emperor asked a gift from countries he ruled. The Jews from Israel sent a box full of jewelry, gold and precious  gems. They sent Nachum Ish Gamzu to bring it to the Emperor. He slept at an Inn. The inn keeper – sneaked into his room and took the jewelry and filled the box with sand. When Nachum got to the king – he found that the treasure chest was filled with sand. Nachum said “Gam Zu LeTova” – also this is for the good. Someone told the king – perhaps this is the same sand that Avraham Avinu / Abraham used to fight the war against the 5 kings. The king had a country he was trying to conquer – he tried the sand. When thrown, the sand turned into arrows and he defeated his enemy. The King richly rewarded the Jews for the gift.

Once Rabbi Akiva wanted to sleep at a town. No one let him stay over their house. He said “All the merciful one does is for the good.” He slept in the forest. He had a candle to read, a donkey to travel, and a rooster to wake him. The candle blew out. The donkey was killed by a lion. The rooster was killed by an animal. He said “What Hash-m does is for the Good”. The next day he went to the village and found that it was ransacked and pillaged by brigands. The townspeople were taken captive.

If he had stayed there – he would have been taken captive as well.

Find the good in every situation.