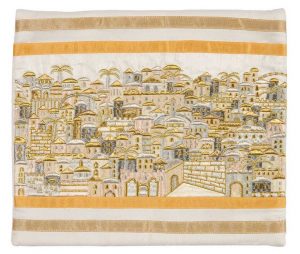 As the Joke Goes: A guy is running late to an interview in Manhattan. He’s looking for parking. He prays to G-d : “Hash-m – please help me find a parking space. If you do I will start keeping Shabbat, putting on Tephillin regularly, and keeping Kosher. He turns the corner and right in front of his appointment site – he finds a parking space. He declares “What a Coincidence!”

Hashgacha Pratit is Individual Supervision. For certain individuals – who believe in Hash-m’s Providence – He will guide the situation. If not He will leave the situation to “chance” – rather let things be guided without His help. Bar Kochba was a great warrior. He believed in Hash-m. He won battles consistently. Rabbi Akiva thought that he was Mashiach / Messiah. He asked Hash-m to “step aside” and let him take care of his battles. He was killed soon afterward.

Once a Noble Woman asked a Rabbi – after G-d has created the world – what is G-d doing? He replied he is matching couples. The woman said – that’s all? I can do the same thing. She took 1000 menservants and maidservants and married them together. After the Marriage – they came back to her complaining – one had a broken arm, one a black eye, each with another wound. She told the Rabbi – “Your G-d is truly superior.”

Rabbi Michael Toledano of Ohr Baruch Yeshiva in Yerusalayim explained – “It is not just that G-d is matching couples for marriage. Hash-m is matching a person with a toothache with the right dentist, a building contractor with someone who needs a house, etc. That is the meaning of Mezaveg Zivugim / matching couples.”

If one prays to Hash-m – Hash-m will help. If One believes in Hash-m’s providence He will help. One who does not – He leaves to the hands of “chance.” 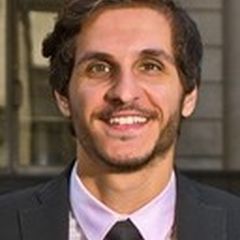 To see and understand G-d’s providence we are to be observant to the daily messages he sends us. About a Month ago – my cousin Emmanuel passed away in Florida at the ripe age of 28. He was a kind, smiling, soft-spoken soul.

I feel a bit guilty that I should have reached out to him more. I should have learned Torah with him. If I did perhaps  he would have had the merit to live longer. I regret my indolence towards him. He was a good person.

But with all my other activities it slipped my mind. But G-d apparently did send me messages. I looked on my Talit and Tefillin bag today. I noticed on the tag the name of the artist who made it – embroidered there was “Emanuel”. I didn’t pay attention to that detail. I didn’t make the connection that it should have reminded me of my cousin – perhaps to reach out to him.

I regret. What now? Let’s learn to reach out the people we can help.

Emmanuel in Hebrew means “G-d is with us.” Let’s also learn Hash-m is with us.