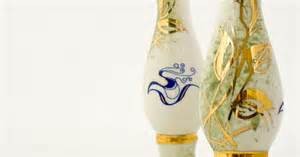 I remember the world of my youth. It was such a nice place.

A pleasant walk in the field. Catch a raindrop in your mouth. Appreciating the Swiss alps.

Now. The world in turmoil. Why?

Observing the way of the world, you see a re-occurring trend.

A movement arises. It becomes popular. Then eventually it wanes. The world discards it because of lack of interest or lack of lasting value. Or it self-destructs.

Take communism, it fell apart. It was a system that self destructed because of many reasons. The major reason because lack of truth. Its founders thought it was a panacea for the worlds ills, equality for the common man. They found out that it also lead to corruption and poor distribution of the goods, placing more of a boon on the common man than liberating him.

Nations rise and fall. Mark Twain wrote about it in his essay on the Jews… The Egyptian, Babylonian, Romans fell but the Jew remains. What is the secret of their eternity?

A Common Reason for their fall is lack of morality and values.

This is called catharsis. Going through a mode and discarding it for it is not truth.

The world in its present form follows a pattern of the week of creation. Each 1000 years is like a day. On the seventh day G-d rested. Today we are in the 5775 year of the Jewish calendar. Meaning that the world will change to another mode in 225 years.

But before this the world will have to reach a level of world peace, called the Messianic Age. It is when nation will not lift sword against another.

The world is a macrocosm of the individual. There are two ways a person can repent / do Teshuva and better their ways. One is to arrive at truth through logic and learning experiences. Another is to be put against a wall because of suffering or pain and come to the realization one must change. (Some, unfortunately, never come to the realization of truth in this world and die, finding out in the next world – called the world of truth)

If the nations of the world say, yes we recognize the Torah as having the universal value system, that we will abide by, then a peaceful transition is possible. If they recognize that G-d of Abraham, Isaac and Jacob has given us the true values in which to abide by, there is hope.

But If they hold on to values and laws that serve to only satisfy their desires, like in Rome, then we must bear the turmoil we find ourselves in today.

The point of man is to find a higher truth through G-d. The first step though is to determine which is the true word of G-d. It would be “irresponsible” of G-d to let one person know and then let him transmit His teachings. Everybody would rightly have the excuse to say, I never heard G-d say anything to me. But if G-d told a nation of millions of people his word, then people cannot say I never heard it, because millions of people did.

Take a product recall. Should a company let all purchasers know of the recall, which is responsible. Or should they let one purchaser know and tell him to notify others, which is irresponsible.

It’s important to note that G-d is intelligent. His law is achievable by man. He knows if we understand it. He knows we can do it, otherwise He would not give it. And he changes not His mind.

Only G-d’s morality is true morality. If nations were smart, they would employ professionals in whatever they endeavor to build. To build a bridge – you need architects, engineers, and construction managers. To build a computer – one needs hardware and software professionals. To build a country – one needs experts in morality. Thus many kings – had prominent rabbis as advisers. If one wants to know about morality – go to the professionals – the Rabbis who know the Torah in and out. Rabbi Ovadia Yosef, ztl was of the Caliber to give advice to nations.

The seven reasons for turmoil are the Seven Laws given to Noah needed for world peace.

Surviving the turbulent times will be challenging. Some say millions will perish. It will be an upheaval to bring the world to true morality and values as given by G-d almost 3,000 years ago. People can chose to ignore them or avoid them but the intelligent thing to do is to accept them. G-d wants the world to arrive at truth of His morality. If a person already accepts it, it will be more likely that they survive. If a person does sincere teshuva / repentance – they will likely survive. 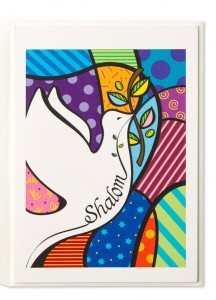 Once my cousin, as a child did something improper. His father explained to him why what he did was wrong and was ready to give him a hit. He replied to his father “Dad I accepted what you have to say. So there is no reason to hit me now.” The same applies to us. If we accept the lesson and search sincerely for truth – even with the idea of having to modify our current values and lifestyle – there is no reason for the punishment. We more likely will survive in these turbulent times.

In these trying times – we must hold on and reinforce our faith in Hash-m / G-d. Many prophetic visions on the time before Messiah will arrive have been realized recently. World War III (already started on Sept 11, 2015). Russia attacks Turkey. Our faith and efforts to become closer to Hash-m will help us weather the storm – to arrive at a world of ultimate peace.